Belgium’s Port of Antwerp has contracted Antwerp-based Compagnie Maritime Belge (CMB) for the construction of the world’s first tug powered by hydrogen.

Dubbed Hydrotug, the vessel will be driven by combustion engines that burn hydrogen in combination with diesel.

Construction is due to begin shortly and the Hydrotug is expected to be operational within two years, the port said.

“We are working towards becoming a CO2-neutral port,” Jacques Vandermeiren, Port of Antwerp CEO, commented.

“With this world-first we aim to further prepare the way for alternative fuels such as hydrogen, in order to realize the transition to alternative, renewable sources of energy.”

The hybrid tug contract for CMB follows the construction of the “Hydroville” shuttle, a dual-fuel passenger ferry with limited capacity and power that is now being used for sustainable commuter transport within the port area.

CMB is also working with Japanese shipbuilder Tsuneishi Facilities & Craft (TFC) on the construction a hydrogen-powered ferry. The ship will be built at TFC’s facilities in Onomichi, Japan, and is expected to be delivered in 2021.

The company earlier teamed up with the Ghent-based engine builder ABC to set up the BeHydro joint venture with the aim of further developing the technology for medium-speed engines with higher power output.

“We are convinced of the potential of hydrogen as the key to sustainable shipping and making the energy transition of a reality,” Alexander Saverys, CEO of Compagnie Maritime Belge, said.

“The expertise that we acquire with the Hydrotug will enable us to further develop the use of hydrogen as a ship’s fuel.” 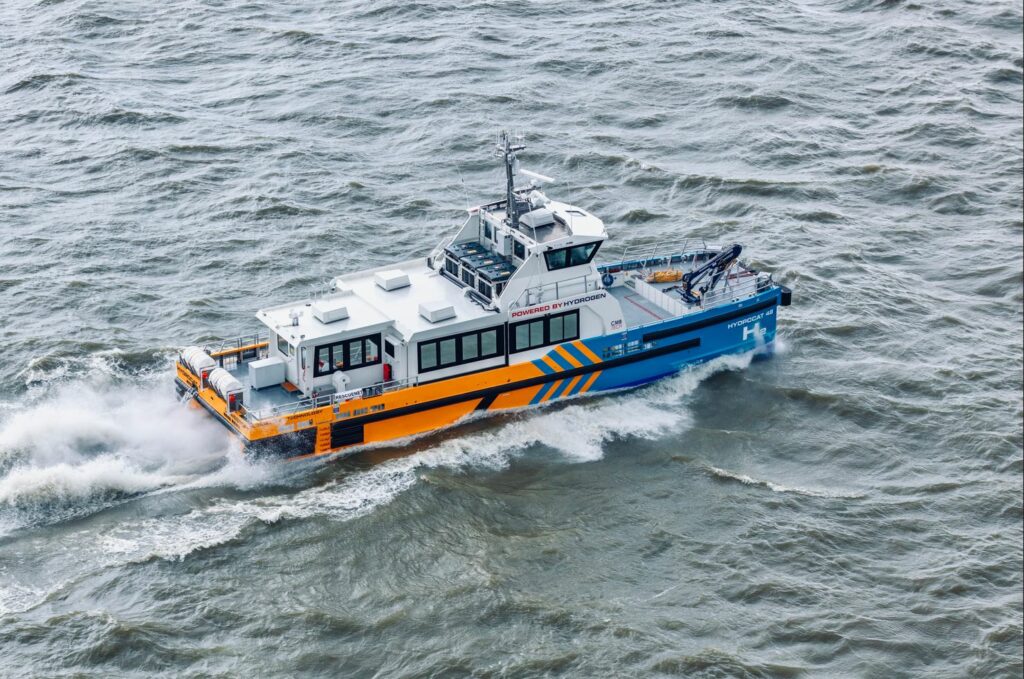