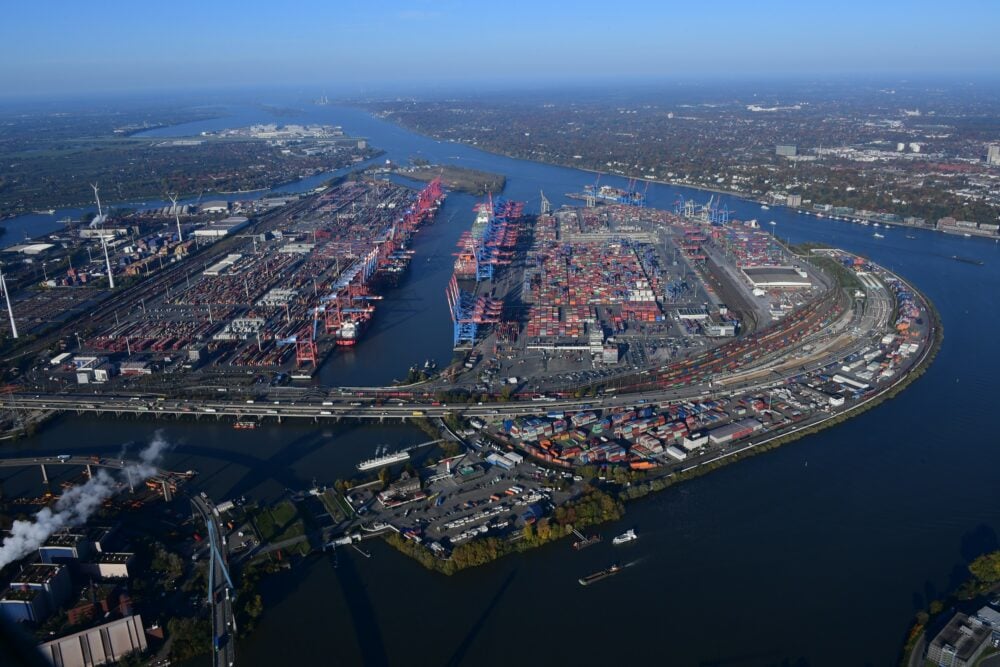 Photo: Courtesy of Port of Hamburg

The companies have signed a joint development agreement as an important step towards the development of a green ammonia import and distribution infrastructure in the Port of Hamburg.

The project was announced on 17 November at a ceremony in Hamburg, which was supported by German Federal Minister for Economic Affairs and Climate Action Robert Habeck and the First Mayor of Hamburg Peter Tschentscher.

The planned import terminal is to be located at Mabanaft’s existing tank terminal in the Hamburg port and aims to provide hydrogen to Germany in 2026.

This location is said to offer strategic access to green ammonia from large-scale green hydrogen production facilities operated by Air Products and its partners around the world.

The intention is to convert the ammonia to green hydrogen via Air Products’ facilities in Hamburg, before distributing it to buyers locally and across northern Germany.

This plan responds to the accelerating demand for clean energy to meet climate objectives and the need to diversify energy sources, the developers said.

The new agreement follows a memorandum of understanding (MoU) that Air Products and the Hamburg Port Authority signed in February 2022.

“Together with Mabanaft, we look forward to further progressing our plans of importing needed-renewable energy into Germany, through our planned facility”, said Air Products’ Chairman, President and CEO Seifi Ghasemi.

“We are delighted to work together with Air Products, the world’s leading hydrogen producer, on the development of this terminal. As a result, we will make significant investments and deploy our energy infrastructure capabilities and expertise to accelerate the energy transition in Hamburg as the key import gateway for Germany”, added Volker Ebeling, Senior Vice President New Energy, Chemicals & Gas at Mabanaft.

Federal Minister for Economic Affairs and Climate Action Robert Habeck stated: “Now more than ever, we need to advance the hydrogen economy. To do this, we are setting up our own hydrogen production in Germany, but of course, we also need hydrogen from imports. 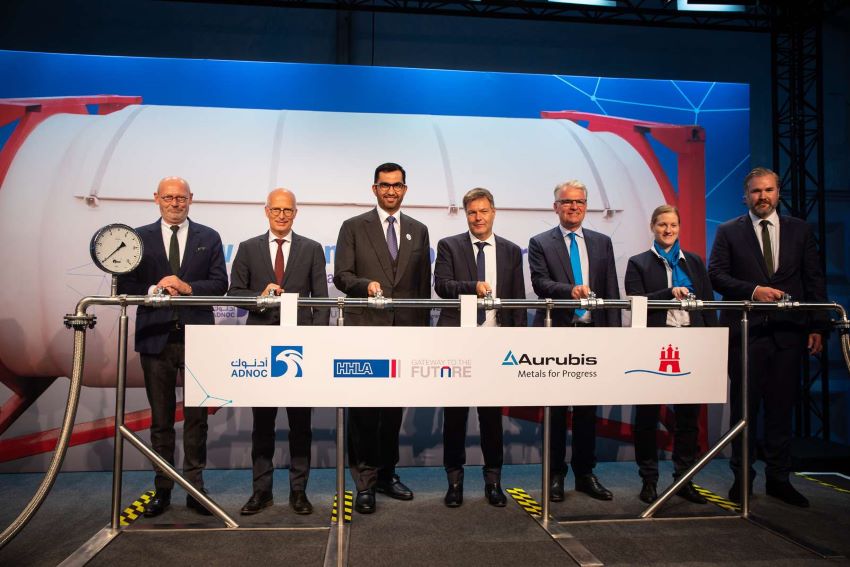