The Port of Los Angeles has launched a new program aimed at expediting cargo by streamlining container moves so as to speed up operations at the clogged port.

Launched at the end of February, the “Peel Off” program has added a new operational model to the port to clear the current backlog of containers and improve the flow of cargo going forward.

The port teamed with stevedoring company The Pasha Group, harbor trucking firm Total Transportation Services Inc. (TTSI), several marine container terminal operators and a core group of major retailers to create the program, which involves “peeling off” containers of high-volume customers to a near-dock yard where they are sorted for destination to inland distribution centers.

“We have found an efficient way to get containers to their destination that is beginning to pay off,” said Port of Los Angeles Executive Director Gene Seroka.

“The trucks are doing exactly what everyone needs them to do – make more turns every day,” said TTSI President and CEO Vic La Rosa. “This single step eliminates multiple inefficient moves so cargo flows faster and more reliably.”

Under “Peel Off,” import containers loaded with goods belonging to high-volume shippers are stacked together in a block upon arrival at the port.

The terminals expedite TTSI trucks through their gates to retrieve the containers and deliver them to the near-dock yard less than a mile away where they are sorted. The same trucks loop back to the terminals for the next inbound container. The trucks keep boxes moving by delivering outbound containers on the return leg.

International Longshore and Warehouse Union (ILWU) workers handle all gate and terminal operations at the “Peel Off” yard, including on-site chassis inspection, maintenance and repair.

Cargo owners can move their containers through the “Peel Off” yard in less than 48 hours and make those trips at night during off-peak traffic hours, the port said. 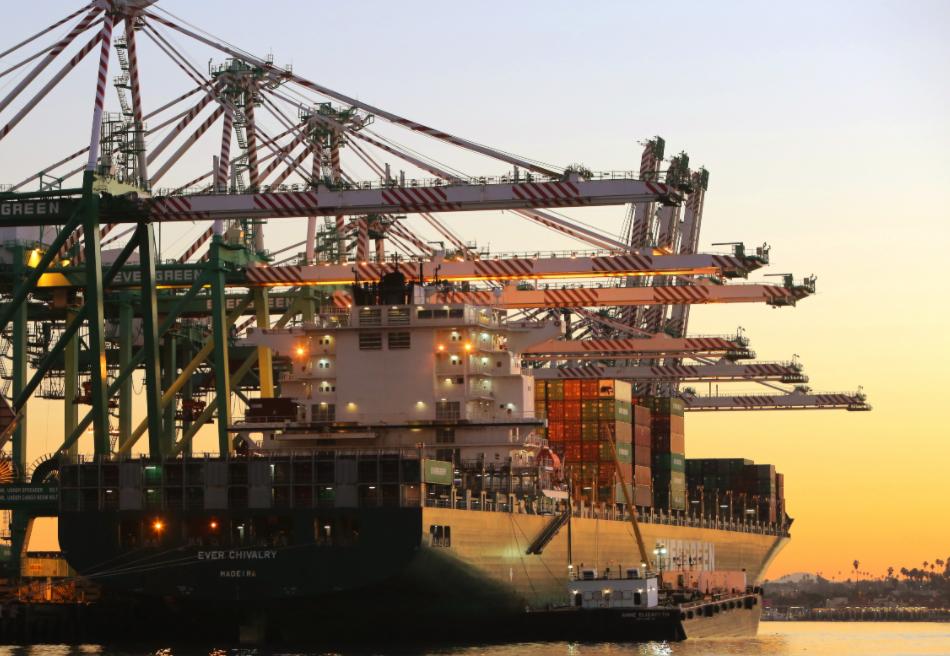