Dutch Port of Rotterdam saw a container throughput of 240.7 million tonnes in the first six months of 2019, representing a new record for the port.

Container throughput, one of the strategic priorities of the port authority, rose by 4.8% year over year, which is also a new throughput record. The growth was mainly due to higher import and transshipment volumes, according to the Port of Rotterdam.

“Throughput in the port is doing well, particularly in the strategically important container market segment. The financial results of the port authority are good,” Allard Castelein, President & CEO of the Port of Rotterdam, commented.

“We can therefore continue to invest in the port, in physical infrastructure and in digital solutions for trade and logistics.”

Over the past six months, significant progress has been made in the field of the energy transition. As informed, there has been considerable interest from the business community, for example in participating in the Porthos project for the storage of CO2 in depleted gas fields under the North Sea.

What is more, a feasibility study for H-Vision, the large-scale production and application in industrial processes of hydrogen produced in carbon-neutral ways, has been recently presented. It is also known as ‘blue hydrogen’. It will allow for a reduction in carbon emissions of between two and four megatonnes before 2030, the port said.

The Dutch government’s proposed climate agreement, which was published in late June, will generate opportunities and threats, the Port of Rotterdam believes.

“The proposed cluster approach, and the focus on infrastructure and hydrogen, actually represent opportunities for industry in Rotterdam. The Port of Rotterdam Authority is eager to work on the details with the national government in the near future,” Castelein added.

“However, we think it is very important for the introduction of a CO2 tax to be accompanied by the construction of the required physical infrastructure so that companies are given opportunities to reduce their carbon footprint. That is good for the business climate and competitive position of the Netherlands”.

The Port of Rotterdam Authority is taking the lead in the digital transformation of the port and logistics. This is expected to enhance efficiency in the major trade routes, reduce costs and cut carbon emissions.

The Port of Gdansk has switched to Navigate, the route planner for shipping developed by the Port of Rotterdam Authority.

In May, the sensor-equipped Container 42 left the port of Rotterdam for a two-year trip around the world. With the help of real-time information, waiting times can be reduced and berthing, loading, unloading and departure times can be optimized. The efficiency insights generated by the collected data will then be used by the port.

“In the macroeconomic field, relations between the world’s major trading blocs remain strained. There is also ongoing uncertainty about the introduction of trade tariffs post-Brexit. Both developments are rendering the prospects for the further growth of world trade uncertain,” Castelein further said.

“Given the global uncertainties mentioned here, the Port of Rotterdam Authority expects a slight weakening of the growth in cargo throughput in the second half of 2019,” he concluded. 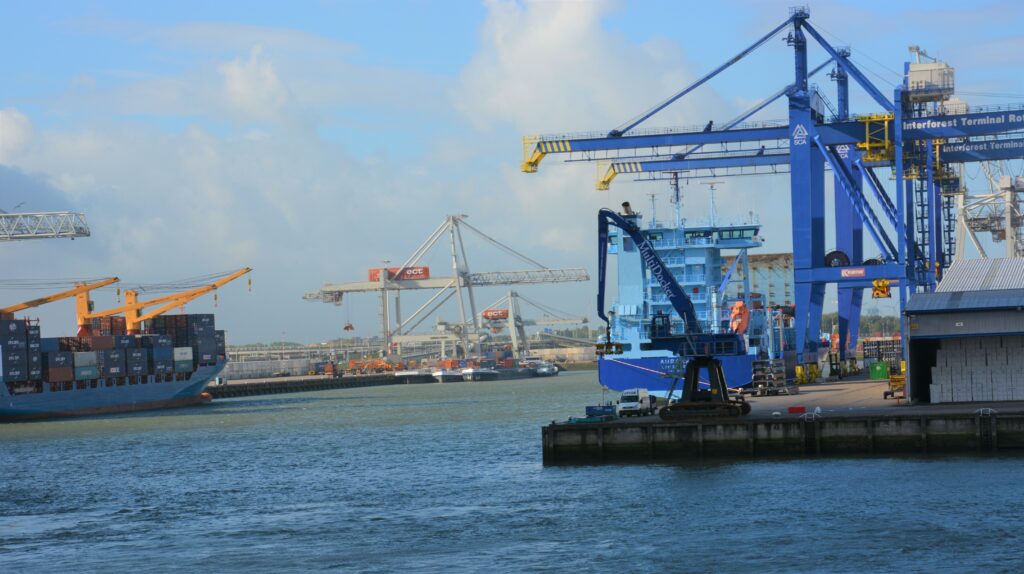