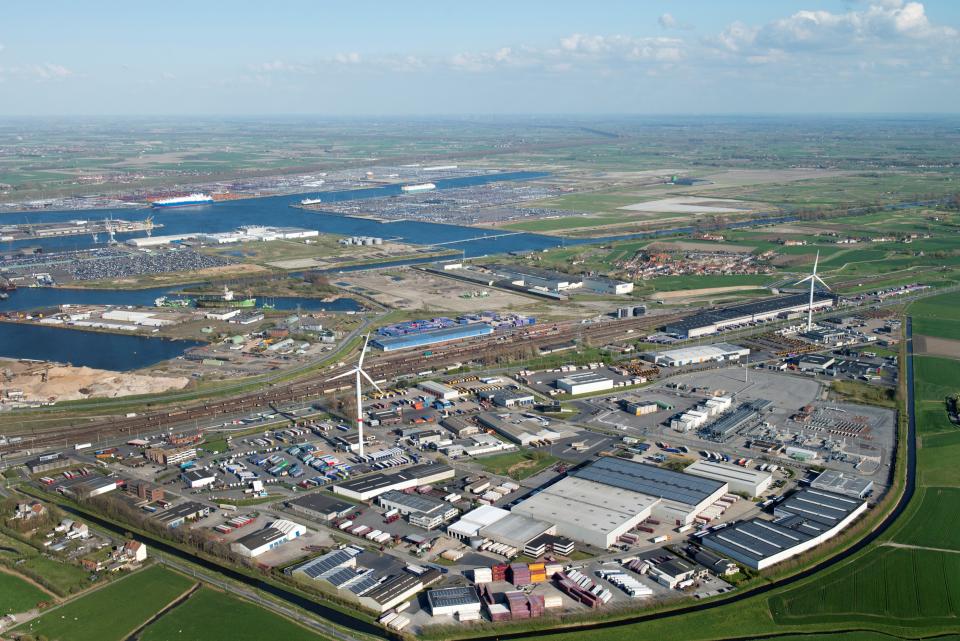 Photo: Courtesy of Port of Zeebrugge

The Belgian Port of Zeebrugge, one of Western Europe’s important energy hubs, has welcomed the new wind farm consisting of five wind turbines as a part of the “clean port strategy”.

Five new 150-metre wind turbines with a combined capacity of 18 MW have become operational on the terminals of transhipment companies C.RO Ports Zeebrugge and Wallenius Wilhelmsen Solutions. The green power producer Eneco carried out the development of the wind farm.

As informed, the wind turbines will produce approximately 50 GWh of green electricity per year. Part of this energy will be used locally at the terminals and the rest will be connected to the grid.

According to Tom Hautekiet, CEO of Port of Zeebrugge, with five wind turbines added, the total production capacity in the port goes up to almost 200 MW.

“We had already built up the necessary experience and expertise with the construction of wind turbines in the Port of Zeebrugge. The permit process for these 5 turbines went very smoothly. Port areas are an ideal location for wind turbines. .(..) As part of the One Planet plan, our goal is to be a climate-neutral company by 2035”, said Tine Deheegher, manager of Eneco Wind Belgium.

The wind farm, which is a part of the port’s bigger energy transition picture, saw a combined investment of around €20 million (approximately $22.6 million).

“We have both the space and favourable wind climate in our ro-ro ports to accommodate wind turbines. By supplying our terminals with green, locally produced electricity and using it to charge our customers’ e-cars, our own electric terminal vehicles and, in the future, possibly the batteries on our ships, we are making an extra effort to minimize greenhouse gas emissions”, commented Florent Maes, CEO of C.RO Ports.

Emmanuel Van Damme, general manager of terminal Wallenius Wilhelmsen Solutions, added: “We are delighted to be able to contribute to this expansion of green energy development at the port for our region. Wallenius Wilhelmsen Solutions is developing several innovations around green energy. The most eye-catching initiative will be the construction of a ro-ro sailing ship”.

The Port of Zeebrugge, regarded as Belgium’s most important LNG hub and offshore wind power plant, also eyes boosting its role in the energy transition and is involved in several projects in this regard. These include the preparation of green hydrogen production and import and the further rollout of shore-based power.

“In the coming years, we will further facilitate the construction of wind farms. In the outer port, for example, there’s still a lot of potential. In addition, we are making a lot of other efforts to make the port more sustainable as part of our ‘clean port’ strategy”, the port’s CEO added.

During the COP26 in Glasgow, Belgian ports of Zeebrugge and Antwerp signed a memorandum of understanding (MoU) the energy ministry of Chile to collaborate on setting up a corridor between their countries to ship green hydrogen. 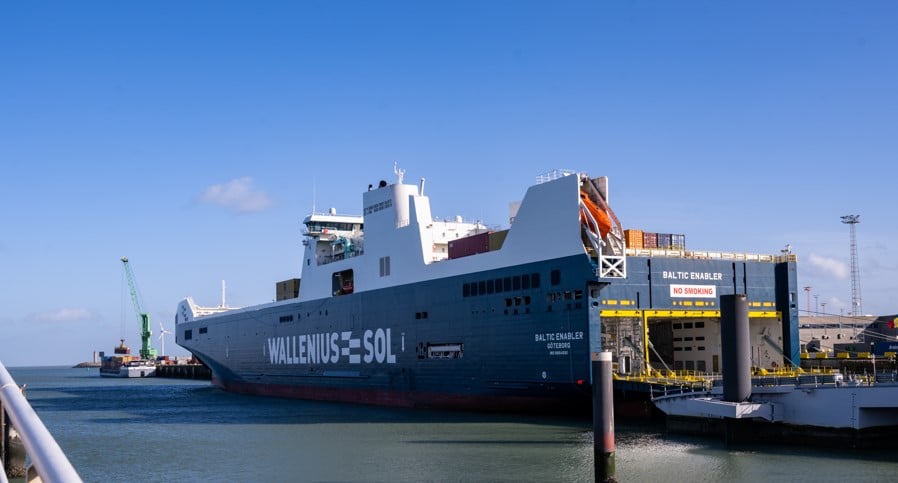