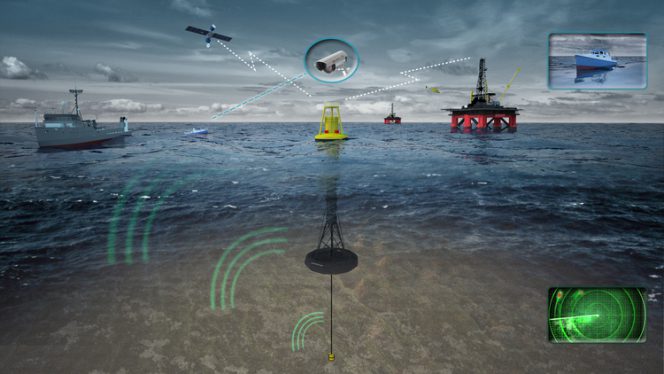 OPT’s PowerBuoy consists of a float, spar, and heave plate. The float moves up and down the spar in response to the motion of the waves, generating electricity for the onboard payload or for export to nearby marine applications using a submarine electrical cable. According to OPT, the high-performance wave energy conversion system generates power even in moderate wave environments.

The Power Buoy will be deployed at the field located in the Central North Sea and will serve as a self-sustaining intelligent platform to provide communications and remote monitoring services.

During the deployment, Premier Oil will explore the PowerBuoy capabilities and its ability to monitor the local environment and alert shipping of its position.

The contract with Premier Oil calls for a nine-month lease including an initial three-month trial, followed by a six-month extension upon successful completion of the initial trial. The contract also includes an option to extend the initial nine-month lease. The project is expected to start in June of 2018 and deployment is anticipated for October of 2018.

Aberdeen-based Oil & Gas Technology Centre (OGTC) has provided co-funding, support and technical input to the monitoring requirements for the buoy.

First time that a wave power device is being deployed on the United Kingdom Continental Shelf on an oil and gas development..

Chris Pearson, Small Pools Solution Centre Manager for the Oil & Gas Technology Centre, said, “The PowerBuoy is an exciting technology and the project represents the first time that a wave power device is being deployed on the United Kingdom Continental Shelf on an oil and gas development. The system can provide monitoring to safeguard subsea safety zones and generate power with a view to operate subsea assets, meaning it fits well with our focus on reducing the cost of decommissioning and unlocking small pools.”

This is not the first time OPT has signed a deal for the PowerBuoy to be used by an offshore oil and gas specialist. Italian oil company Eni in March this year signed a contract with Ocean Power Technologies for the supply of  the PowerBuoy in the Adriatic Sea for marine environmental monitoring and offshore asset inspection using autonomous underwater vehicles.

George H. Kirby, President and Chief Executive Officer of OPT, said, “For the second time in less than four months, we have signed a contract for the lease of a PowerBuoy in the offshore oil and gas market. This commercial contract is a breakthrough for OPT and reflects our continuing commitment to support customers where decommissioning activities can benefit from an autonomous solution for surveillance and monitoring. We’re pleased to be working with OGTC, and we look forward to helping Premier Oil advance its safe operational excellence in the North Sea through this phase of the project, as well as potentially other oil and gas operators around the world.”

Pieter voor de Poorte, Premier Oil’s Subsea Decommissioning Lead said: “Following successful completion of the feasibility study earlier this year, we are excited to move to this next phase in the form of a deployment of the PowerBuoy™. We think this technology has a lot of potential and it aligns well with our goals of increasing safety, efficiency and operational effectiveness. The PowerBuoy system will deliver on all these aspects and offer a step change in our decommissioning planning processes. It also opens up potential future applications for intelligent, remotely controlled small field developments.”

In parallel with this deployment, an evaluation is underway with Premier Oil to consider another longer-term deployment where, in addition to site monitoring services, the PowerBuoy would be utilized to power and communicate with subsea control modules to monitor pressures and temperatures within the wells. The planning for this second phase would start in late 2018, with a potential installation in the summer of 2019.

“This project with Premier Oil demonstrates the potential for expanded use of the PB3 PowerBuoy as a solution to provide unmanned, self-powered, intelligent monitoring and surveillance”, added Kirby.

In addition to the recently announced Eni S.p.A. contract, this is the second contract with an offshore oil and gas operator this year, which together provide the potential for over $3.1 million in revenues for the Company based on all contracted pre-trial work, trial deployments, service and support, optional trial periods and services, and the option for both parties to purchase the PowerBuoysTM during the contract periods, Ocean Power Technologies said.