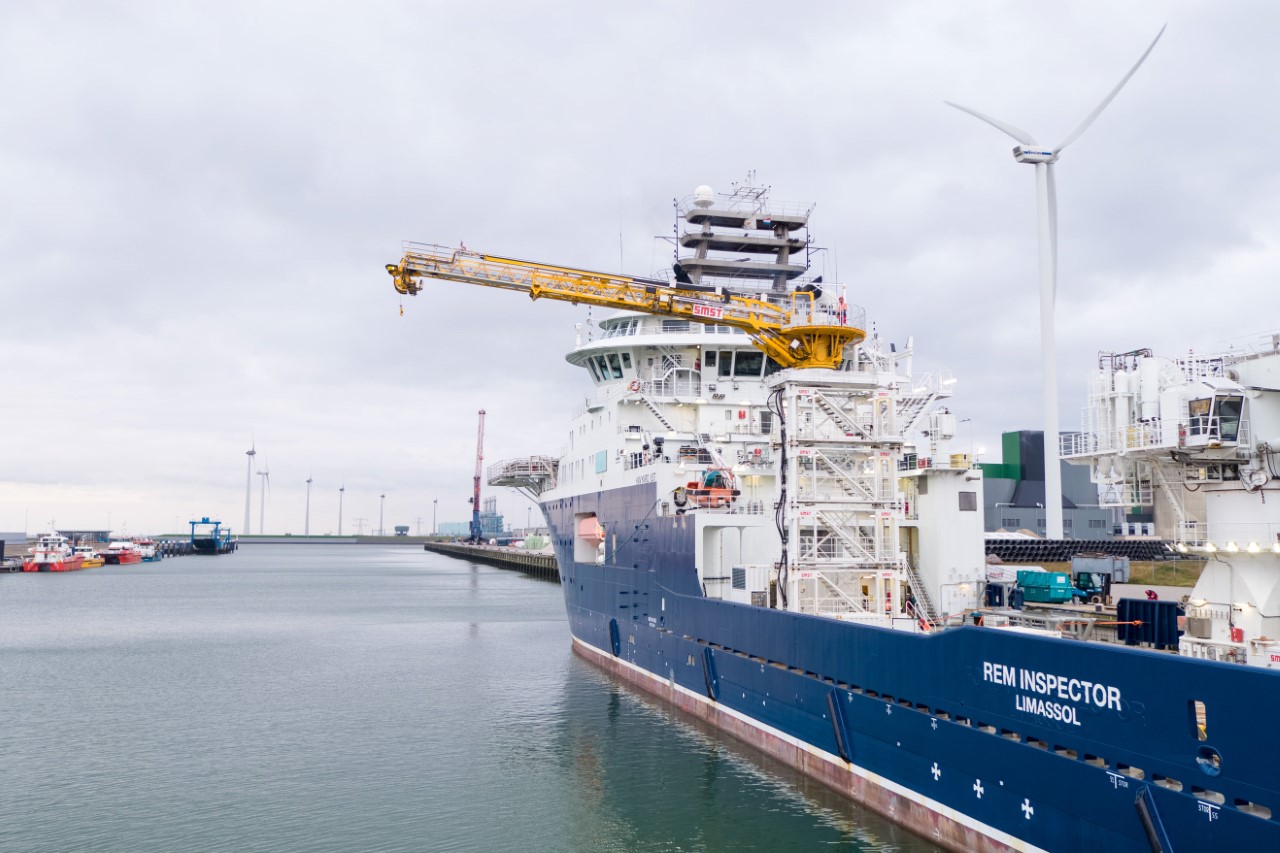 The Telescopic Access Bridge L-Series (TAB-L) gangway was mobilized on Rem Inspector last week at the port of Eemshaven, including four stacking modules for working on height and a lifting winch for cargo handling.

According to SMST, the motion-compensated gangway will stay onboard the vessel throughout the coming winter period.

The CSV, chartered by Global Marine, is expected to begin performing maintenance operations at the German wind farm this week.

“We have used the SMST gangway for several campaigns in various wind farms in the North Sea and Baltic Sea. We are pleased to expand our current positive experience and increase the performance at higher wave heights with this new type of gangway,” said Thomas Dalsøren, COO at Rem Offshore.

DanTysk comprises 80 Siemens 3.6 MW turbines installed some 70km west of the island of Sylt. The 288 MW offshore wind farm has been in operation since 2014.