Remontowa of Poland to Build Another LNG Ferry

On the 18 th of March 2013, Board of REMONTOWA SHIPBUILDING S.A. signed a new contract for building a modern, double–ended, car–passenger ferry with Gas-Electric propulsion. It is the result of winning the tender announced by SAMSØ Kommune, located in Denmark, in the region of Jutland Peninsula in September last year.

The number of European shipyards,  including German shipyard Meyer Werft, took part in this competition.

REMONTOWA SHIPBUILDING was selected because of the high quality of offered vessels as well as their experience in the construction of similar LNG – powered ferries.

So far REMONTOWA SHIPBUILDING has built eight vessels with gas propulsion and the next two ferries are under construction.

SAMSØ authorities  strongly emphasized the environmental protection.  100% of island’s electricity comes from wind power. In accordance  with generally accepted pro–environmental policy, the ordered ferry  will also meet  high ecological requirements.   The vessel is designed for year–round servicing local, car-passenger traffic between island and the mainland. She will be able to take on board 160 cars and 600 passengers. The vessel at 100 meter length and speed of 16 knots will be one of the biggest gas – powered ferries built in REMONTOWA SHIPBUILDING.

At the same time it will be the first ferry with such propulsion built for the Owner from Denmark. The Company hopes, that this contract  will be the beginning of the expansion of REMONTOWA SHIPBUILDING on the difficult and demanding Danish market. During the last five years REMONTOWA SHIPBUILDING has become the undisputed leader in building innovative gas–powered ferries in Northern Europe. 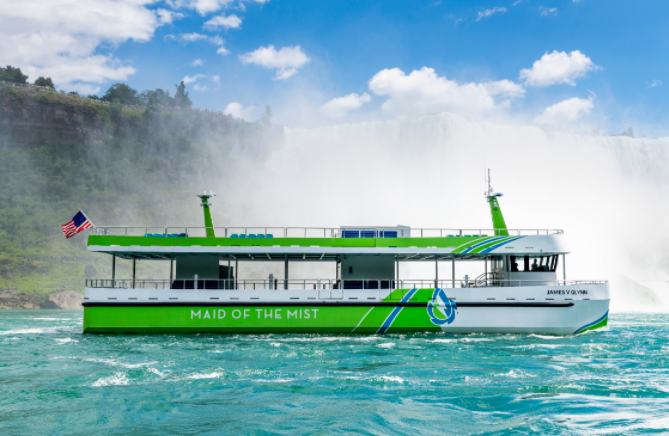