Dong Hai Jiu 101 departed for the MH370 search area on April 11, carrying Phoenix International’s Remora III remotely operated vehicle (ROV) which will be used in the recovery of the lost SLH‑ProSAS‑60 tow system.

Namely, on March 21, the failure of a tow cable connector resulted in the loss of the SLH‑ProSAS‑60 towfish and the attached depressor. Another towfish was lost earlier this year after it hit a mud volcano.

According to the Australian Transport Safety Bureau, the two items were connected by 50 meters of synthetic tow rope. The torpedo-shaped depressor weighs up to 800 kilograms and acts to keep the slightly positively-buoyant towfish at the right depth as it is towed through the water.

Phoenix International’s Remora III remotely-operated vehicle (ROV) was flown in from the United States of America and mobilised on the Dong Hai Jiu 101. The Remora III has been used in other recovery operations, including Air France Flight 447. It has a maximum operating depth of 6,000 metres and is equipped with a sonar which will be used to detect the towfish and depressor. The ROV is also equipped with tools such as cutters, grabs and manipulators that will be used in the recovery of the missing equipment.

In addition to the ROV, a launch and recovery system was fitted to Dong Hai Jiu 101 and additional ROV specialists have joined the mission crew. 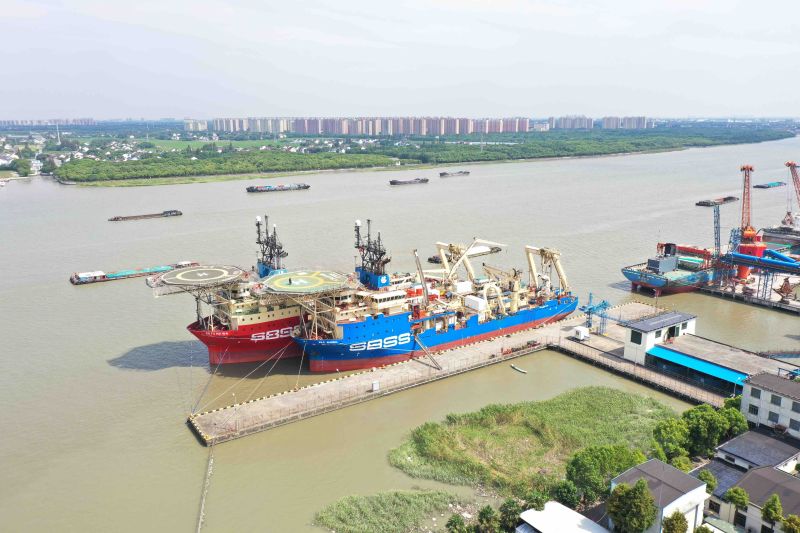