The Marine Energy Atlas, developed by the leading United States’ research laboratories, has been updated with new features to make it easier for communities to decide how and where to incorporate marine energy into their power mix.

The update also gives marine energy developers a simpler way to learn how much electricity their device could produce at various sites in the United States, according to the National Renewable Energy Laboratory (NREL), which developed the tool in collaboration with the Pacific Northwest National Laboratory and Sandia National Laboratories.

Speaking about the Marine Energy Atlas, Katie Peterson, project manager at NREL, said: “It’s an analytical tool, but it’s also empowering people – locals – to be informed about what’s possible for their communities. It’s democratizing marine energy in a visual way. I loved it as soon as I learned about it.”

Some of that power cannot be practically harnessed. But, to build a 100% clean energy future, the world needs all the renewable energy it can get. Marine energy could also be an especially significant power source for coastal communities that often rely on expensive shipments of fossil fuels, according to NREL.

But because marine energy is still relatively young, solid data has been hard to access.

“We’re striving to make the Marine Energy Atlas as colorful, beautiful, and informative as the tools the National Aeronautics and Space Administration can put out, which is challenging itself. We’re democratizing the data, making it easy for anyone to use; at the same time, we’re giving the marine energy industry what they need to advance their technologies,” said Aidan Bharath, a research engineer at NREL, who is helping enhance the tool.

Funded by the US Department of Energy’s Water Power Technologies Office, the recently updated Marine Energy Atlas gives users ability to zoom in on the United States’ East and West Coasts, Hawaii, or Alaska to see how high waves get or how fast currents move in those waters.

Near shore, the atlas provides a data point every 200 meters, and according to NREL, such high spatial resolution is unique to the Marine Energy Atlas and a boon for marine energy developers searching for a spot to install their device.

The research team added more hindcast data to the atlas so researchers can create models to more accurately predict future climate scenarios. As of this year, users can access data points collected every three hours over the last 42 years of waves.

By the end of 2022, the atlas will also ingest even more data from the international Ocean Energy Systems’ global mapping tool, NREL said.

In addition, with the newly introduced Capacity Factor Tool, users can upload information on their wave energy device to estimate how much electricity it could produce in a specific site.

“With the Capacity Factor Tool, we’re hoping to make these calculations easier, to act as that first stepping stone for somebody to see how well their device is going to do and find viable deployment spots,” Bharath said.

Bharath and the Marine Energy Atlas team pointed out they are welcoming user feedback on this new tool.

The team is also preparing to add even more features, that will enable users to save their data selections so, when they return to the atlas, they can pick up where they left off.

The team is also adding data on new regions, like the Gulf of Mexico and the United States’ territories in the Pacific Ocean.

Eventually, the researchers hope to add information on marine energy regulations and policy, marine ecology, and oceanography to help developers find the optimal site for their marine energy projects.

Today, the Marine Energy Atlas’ main users are marine energy developers hoping to commercialize their devices. But the tool could also empower communities to map out how and where to blend energy from waves, tides, currents, winds, and solar rays to build the best renewable energy strategy to serve their citizens.

“Democratizing the data means everyone can access the same information as marine energy device engineers and regulators. That way everyone is at the table. Everyone can have the power to change their energy future,” Peterson concluded. 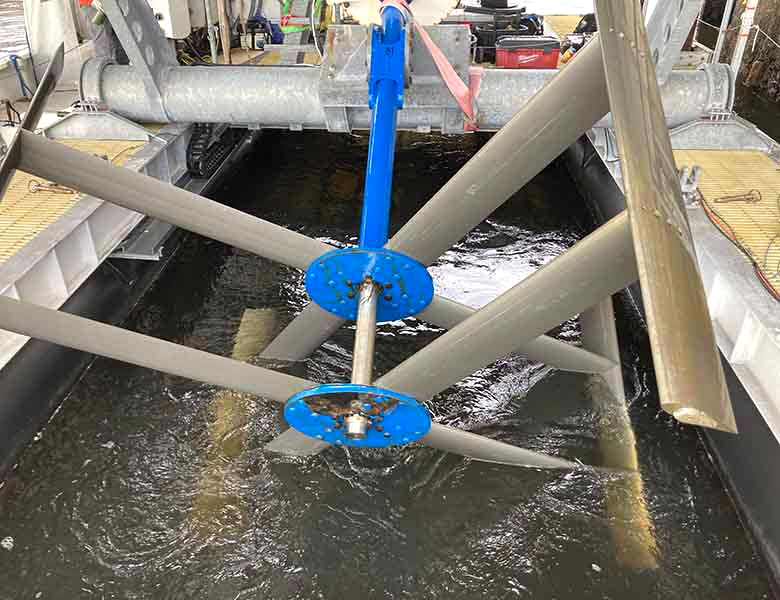