MSC Armonia, the first out of four MSC Lirica Class ships in the EUR 200 million “Renaissance Programme” launched by Fincantieri and MSC Cruises, has left the Palermo shipyard after little more than 10 weeks since her arrival on 31 August.

The modification works on Armonia included the insertion of an entire pre-built mid-ship section, started at the end of July, providing an addition of approximately 200 cabins, as well as new entertainment spaces and new technological enhancements.

The ship has left the shipyard to sail to Genoa, from where she will depart on a 10-day inaugural cruise to the Canary Islands.

The “Renaissance Programme”, announced in December 2013 by MSC Cruises and Fincantieri, also includes MSC Lirica, MSC Sinfonia and MSC Opera, and will be completed in 2015.

The remaining ships in MSC’s Lirica class “Renaissance Programme” will follow the dry dock schedule below:

The four Lirica Class ships were built between 2003 and 2005 at the STX yards in Saint-Nazaire, France. With the exception of Armonia, they are currently 251 metres long, weigh 60,000 tonnes and can carry 2,069 passengers.

After the “Renaissance Programme” the ships will be 275 meters long, weigh 65,000 tonnes and carry 2,680 passengers, boasting 193 additional cabins (plus 59 new cabins for crew members). 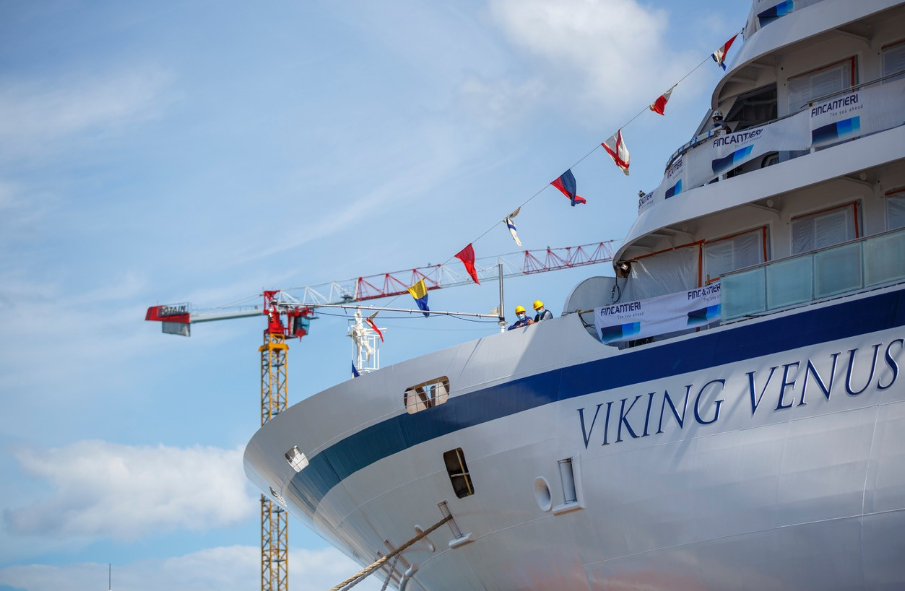