Rolls-Royce has won an order to provide an integrated design and equipment package for two offshore supply vessels to be built at COSCO (Guangdong) Shipyard Co., Ltd in China for Singapore based Chellsea Group.

The order represents the exercise of an option for a further two vessels contained in an initial contract for two vessels with the same yard and owner announced in October last year. All four vessels will be added to the fleet of two UT-vessels operated by Chellsea today.

Ronny Pål Kvalsvik, Rolls-Royce, Vice President Sales and Contract – Offshore, said: “This new design was developed in cooperation between Rolls-Royce, the ship owner and the yard. We are of course very pleased that the confidence they have shown in us is now confirmed through the realisation of these options.”

The delivery from Rolls-Royce will comprise ship design and an extensive integrated systems package including MTU-engines, a propulsion system, a power electrical system, a bulk handling system, deck machinery, an automation and control system as well as a dynamic positioning system that uses satellite technology to automatically maintain the vessels’ position without anchoring.

The two vessels are scheduled for delivery in late 2015 and early 2016. The contract now includes an option for an additional two vessels. 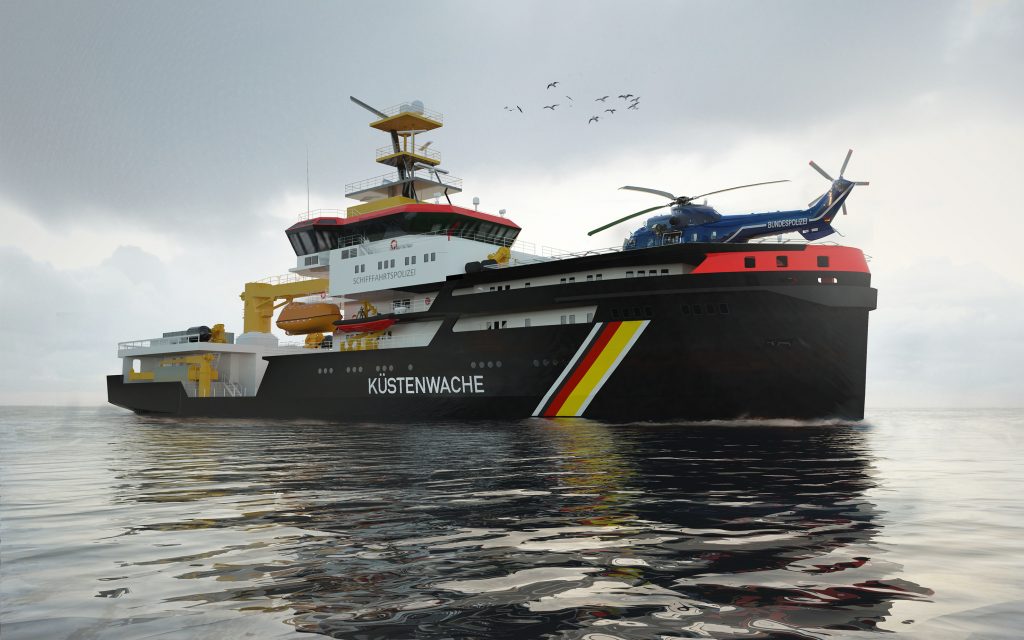