The Dutch Port of Rotterdam ended 2018 with a total container throughput slightly higher than in 2017, which was a record year for the port.

The port’s total throughput volume stood at 469 million tons in 2018, a 0.3% increase compared to 467.4 million tons recorded a year earlier.

Container transshipment was the engine of growth again, with a 4.5% increase in tonnage. Measured in TEUs, the increase was 5.7% and the annual total was 14.5 million TEUs – also a record.

“This strengthens the position of Europe’s largest container port in this strategically important market segment,” the Port of Rotterdam said.

As explained, the strong increase in the container transshipment was a result of a market share gained in the Hamburg-Le Havre range. A key factor in the increase in 2018 was the growth in numbers of transshipment and full import containers.

Container exports developed less strongly, partly due to Chinese import restrictions on waste flows. The shortsea segment suffered from slowdowns in the British and Russian economies, according to the port.

For the Port of Rotterdam, 2018 was marked by a high level of investment. Gross investments rose 91% to EUR 408.1 million, the highest amount since the construction of Maasvlakte 2. By far the largest part of this amount was used to further improve the logistical accessibility of the Port of Rotterdam. Also, the authority’s internationalization strategy was given a significant boost in 2018 by the acquisition of a minority stake in the Brazilian Port of Pecém. The Port of Rotterdam Authority is also committed to reducing CO2 emissions in order to help achieve the ambitious national climate target.

The port authority expects throughput volume to increase slightly in 2019, with container sector growth being lower than the exceptional levels seen in previous years. The authority is implementing a ‘both-and strategy’ — strengthening the existing port industrial complex and at the same time embracing new initiatives in the fields of energy transition and digitisation.

What is more, the Port of Rotterdam Authority expects high investment levels in the years ahead. 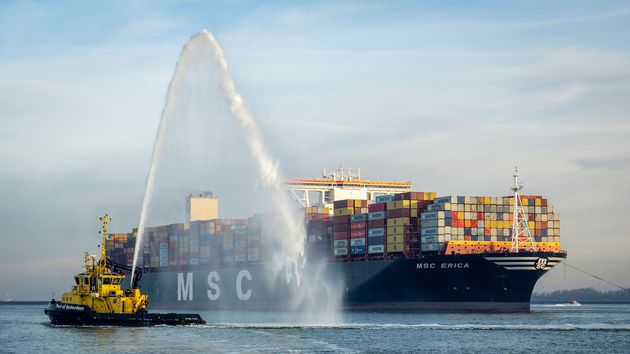