The Venezuelan Government has chosen a Saab Seaeye Falcon ROV fitted with a special survey system for inspection of its Guri Dam and associated turbines.

Built in the 1960s and one of the largest reservoirs on earth, work is underway to extend the life of the dam by 30 years.

In addition to its subsea capabilities used during pipeline surveys and salvage operations, the ROV Falcon is also used for a range of work in the hydro industry.

For a detailed survey of Guri Dam infrastructure, the authorities have chosen to fit a sonar and navigation system on the Falcon formulated by California-based underwater systems supplier Symphotic TII Corporation along with MB Services in Miami that incorporates an Imagenex 881A-GS sonar with an Applied Acoustic’s Easytrak positional location system.

Explaining the concept, Jack Roberts at Symphotic described how, by combining both systems on board the Falcon, scanned images remain stable whilst the ROV swims around in any rotation:

“This particular set-up has never before been adopted for a Falcon and has the added advantage of being simple to integrate in the field at the kind of remote location found at a hydro installation.”

The small size of the Falcon makes it easy to manhandle, and according to the company, the system for the Guri Dam will come with a trailer and winch for working at difficult-to-access locations, all arranged by MB Services for the Venezuelan Government. 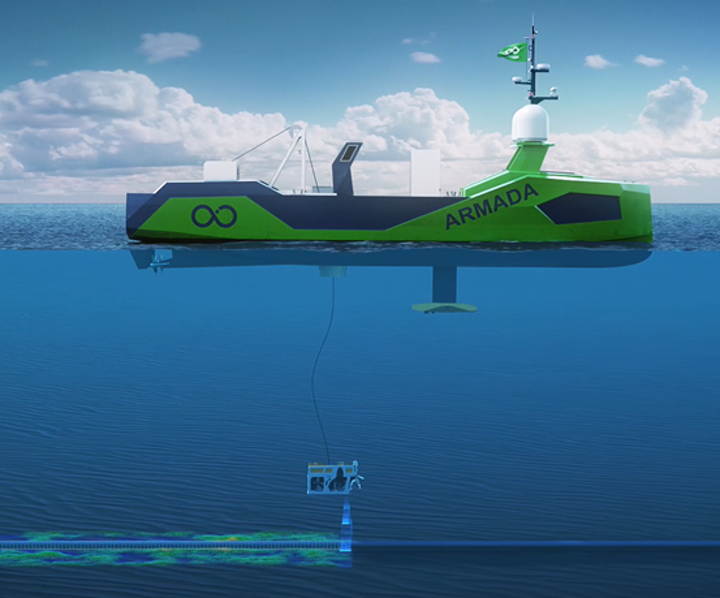