Norwegian eco-friendly hybrid-powered cruise vessel, Havila Capella, has been temporarily taken out of service due to its insurance being affected by sanctions against Russia.

The vessel, which is a part of Havila Kystruten’s contract with the Norwegian Ministry of Transport for the four environmentally-friendly vessels to operate on the Bergen-Kirkenes coastal route, was put out of service on 14 April.

As the shipping company explained, Havila Capella is financed through a leasing company in Hong Kong that is owned by the Russian company GTLK.

Owned by the Ministry of Transport of Russia, GTLK was a large and reputable financing company with operations worldwide until 22 February 2022, Havila said.

“This applies to Havila Capella. When Havila Kystruten took over Havila Capella from the Tersan shipyard, the formal owner became a GTLK-owned company in Hong Kong. Despite that, the ship is a Norwegian ship and tax object in the sense of accounting and taxes.

“Havila Capella is registered in the Norwegian Ordinary Ship Register with the Hong Kong company as the formal owner following a dispensation from the Norwegian authorities in accordance with Norwegian law.

The company informed that it is working on a short-term solution to get Havila Capella back into operation as soon as possible.

“In the company’s assessment, a short-term solution requires the participation of the Norwegian authorities in relation to sanctions against Russia.

“The company hopes that a temporary solution exists, and that it can be active until a permanent solution is possible. Havila Kystruten’s goal is of course to become the formal owner of Havila Capella. In parallel with a solution to get Havila Capella up and running, work is underway to refinance the company’s four ships.” 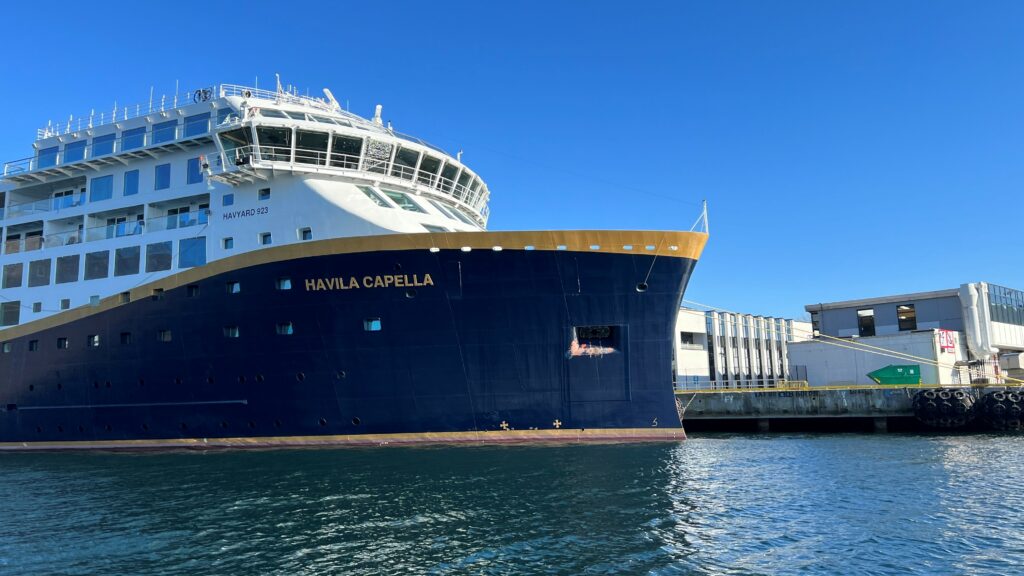