Danish ferry operator Scandlines has entered into a contract with Turkish Cemre Shipyard for the construction of an emission-free freight ferry for the Puttgarden (Germany) – Rødby (Denmark) route.

As informed, the ferry will be put into operation in 2024 and will launch the next generation of ferries on the route.

The newbuild will have a capacity of 66 freight units, which increases the current capacity by 23 percent, according to Scandlines.

With a crossing time of one hour, the ferry will be emission-free. It can also be operated as a hybrid ferry like the current passenger ferries on the Scandlines routes between Germany and Denmark. As a hybrid ferry, the crossing time is 45 minutes. Thus, the ferry can also be used as backup ship if one of the four double-ended ferries, that are currently operating the Puttgarden-Rødby route, is in the yard.

“With the added capacity, we will be able to meet the increasing need from freight customers. In 2021, the number of freight units has already increased by 12 percent,” Carsten Nørland, Scandlines’ CEO, commented.

With a zero-emission ferry, Scandlines is taking a big step on the green journey. The ferry will initially exclusively charge in Rødby. Already in 2019, Scandlines invested in a 50 kV / 25 MW power cable to Færgevej in Rødbyhavn. This cable will now be extended to the ferry berths, where a transformer and charging station will be installed.

In the longer run, the plan is to also be able to charge in Puttgarden when a good solution has been found for the purchase of green energy.

Similar to the ferries operating the Rostock-Gedser route, it will be possible to transport lorries on both the upper and lower decks. Therefore, berth 3 in Rødby and berth 1 in Puttgarden must be rebuilt to also load lorries on the upper deck. At the same time, a new lorry storage area will be established in the terminal of Puttgarden.

The modular construction of the vessel makes it possible to later adjust the vessel in order to also carry cars.

Scandlines operates two ferry routes with high capacity and frequency. Six of its ferries are hybrid units and one is furthermore fitted with a rotor sail – and that contributes to making our ferries greener.

“Scandlines has for several years focused on the entire area of sustainability. The hybrid system was a quantum leap in green ferry operations. Scandlines not only operates the world’s largest fleet of hybrid ferries, the system is also being copied worldwide and has been a huge success. Now we are ready to take the next big step and insert the first zero emission ferry. The next generation of ferries is ready to take over on the Puttgarden-Rødby route,” Vagn Sørensen, Chairman of Scandlines’ Supervisory Board, said.

“NABU welcomes this further major step by the shipping company Scandlines on the way to emission-free shipping. Scandlines not only significantly lowers its own emissions and proves that even larger ships can sail completely without greenhouse gas and air pollutant emissions already today, but also paves the way for climate-neutral shipping with its pioneering role,” Sönke Diesener, shipping expert of the German Nature And Biodiversity Conservation Union (NABU), added. 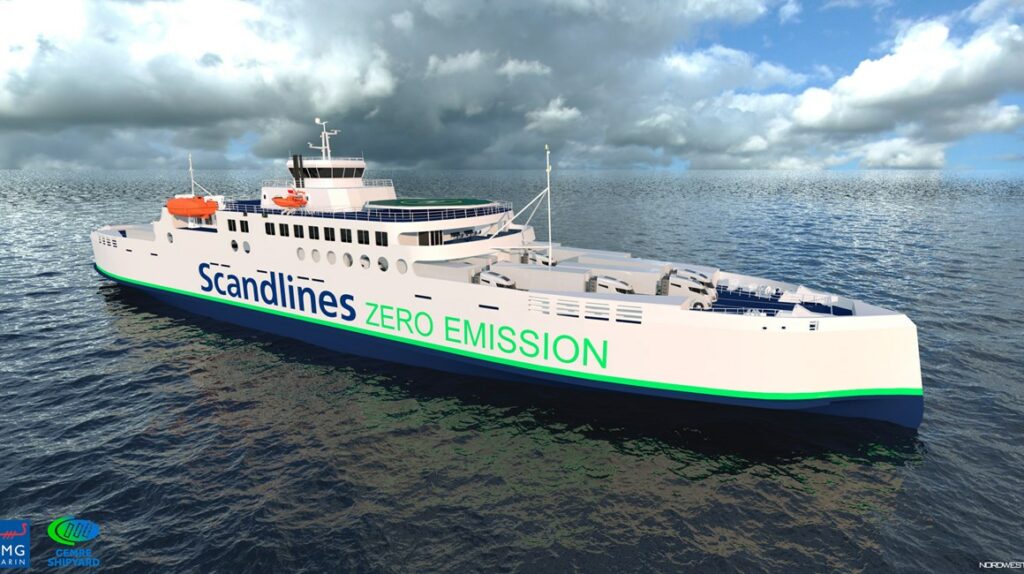