The latest expansion at Inverlussa Marine Services means the firm now employs 27 people and has almost doubled its workforce in a year, during one of the worst recessions on record.

The Mull company’s latest deal secures a seven year contract to service the Meridian Salmon Group’s Orkney and Shetland fish farm sites. This is the latest in a steady flow of work, from different marine sectors, which has seen Inverlussa rewarded for having the confidence to invest in its fleet of workboats.

The company, which puts a big part of its success down to having a highly experienced and loyal staff, has commissioned not one but two new workboats, with a total investment of £3.1 million, in just ten months.

The latest vessel to join the Inverlussa fleet is the Geraldine Mary; a 21 metre site service vessel built at A Noble and Sons in Girvan and specifically designed to cater for the new Meridian contract.

Speaking as the new vessel sailed to Orkney to begin work on the contract, Ben Wilson, Operations Director for Inverlussa Marine Services, said: “None of this would have been possible without the hard work and commitment of our excellent workforce. This also shows the importance of the fish farming sector in the West Coast.”

He added: “There has been a lot of work put in to get the funding together and at a time when all the banks are coming in for heavy criticism, the Clydesdale Bank has been nothing but a big support to our company, we couldn’t have expanded so quickly without its help. Highlands and Islands Enterprise has helped with the project in a lot of ways too, giving valuable business support and ongoing staff development.”

In line with its investment, Inverlussa’s turnover in the last year has doubled, with the Inverlussa fleet being tasked to help with everything from renewable energy projects, to fish farm servicing and marine haulage work. Inverlussa Marine Services evolved from parent company Inverlussa Shellfish Co. Ltd, which was started over 30 years ago as a diversification from the original fishing business.

The Geraldine Mary is the fourth boat in Inverlussa’s current service fleet. She joins the Helen Burnie (which came into commission 10 months ago), the Margaret Sinclair and the Carol Anne. The new boat is specifically designed to carry out fish farm site service, including mooring work, net changing and a host of other general tasks.

Mr Wilson said: “The new boat has created five new jobs – four crew, plus a shore based manager. The seven-year contract we have signed with the Meridian Salmon Group, with options to extend, is a huge achievement for our hardworking staff. We have been working with Meridian for seven or eight years doing a lot of fish farm feed deliveries. We are delighted that they have shown their ongoing confidence in the service that we supply. We are now looking forward to getting started and working hard to ensure this partnership is a success. We feel it shows Meridian’s confidence in our company.”

Colin Blair, Seawater Production Director of Meridian Salmon Group (MSG) said: “MSG are delighted to have signed a seven-year contract with Inverlussa, for them to carry out site service operations in Orkney and Shetland. We have worked with Inverlussa for a good number of years now and have always received a first class service. This has given us the confidence to enter into a contract of this nature. It is heartening to see a small Scottish business investing in new workboats in Scotland, to serve the aquaculture industry and creating good quality Scottish jobs, both directly and indirectly.” 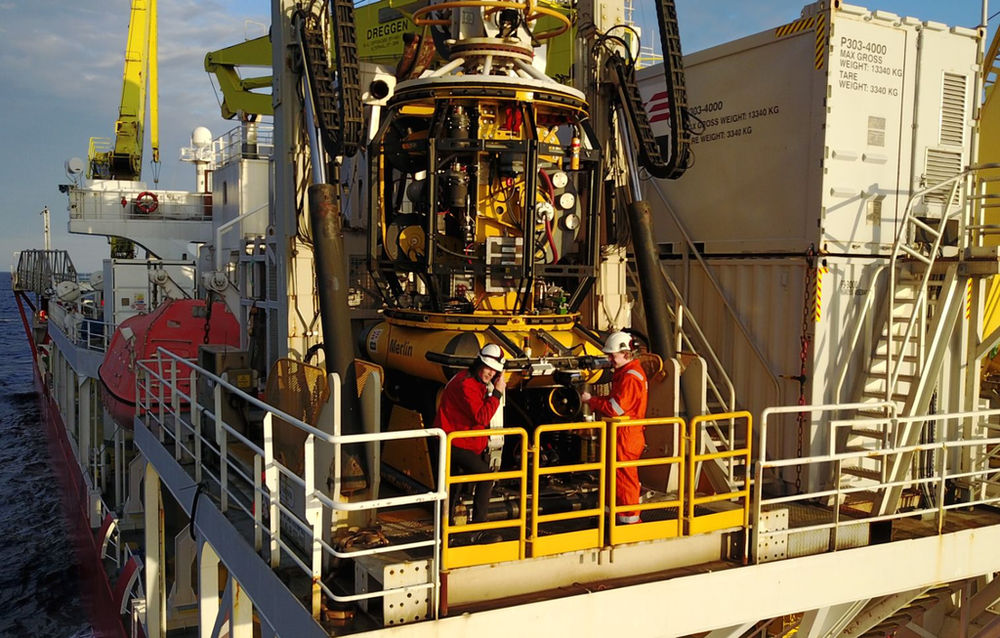