Photo: One of the seven PSVs delivered to SEACOSCO; Source: Seacor

U.S. offshore support vessel provider Seacor Marine has entered into a definitive sale and purchase agreement to acquire the remaining 50 per cent of the equity interests in SEACOSCO Offshore from COSCO Shipping.

SEACOSCO was formed in 2018 as a joint venture company between Seacor and COSCO. The company then immediately entered into contracts to buy eight Rolls-Royce designed construction PSVs from Cosco Shipping Heavy Industry shipyard.

As a result of the purchase, Seacor Marine will own a 100 per cent of SEACOSCO. The transaction is expected to be completed later this month.

SEACOSCO has so far taken delivery of seven PSVs during 2018 or 2019 with the final one expected to be delivered later this year. Each of the six UT 771WP design PSVs is equipped with a battery energy storage system designed to reduce fuel consumption.

The company said on Thursday that it would pay an aggregate purchase price of $28.15 million for the 50 per cent interest.

The remaining purchase price of $13.705 million will be paid at the end of four years after the signing date. The deferred portion of the purchase price accrues interest at a yearly fixed average rate of 6.0 per cent.

COSCO will obtain a second lien mortgage on the vessels to secure the payment of the deferred portion of the purchase price, and Seacor will provide a limited deficiency guarantee solely concerning the short-fall in vessel collateral value.

It is worth noting that the PSVs were acquired by vessel owning subsidiaries (SPVs) of SEACOSCO under existing deferred purchase agreements with the shipyard (DPAs) under which approximately $105 million is currently outstanding.

John Gellert, Seacor Marine’s CEO, said: “Consolidating the operating results of the joint venture will be a net positive for Seacor Marine from the closing of the transaction.

“Based on the current charters and forward charter commitments for the SEACOSCO vessels, we expect the vessels to generate approximately $7.0 million EBITDA for the balance of 2020 and approximately $18.5 million EBITDA in 2021, the first year all the vessels will be delivered and in our fleet for a full year, in each case subject to applicable charterer termination provisions.

“We believe the debt secured by these vessels has attractive terms. We expect the vessels to generate cash for Seacor Marine, net of scheduled debt amortization as well as the obligations under the DPAs. The majority of the debt has an average life greater than six years. This transaction is an exciting step in the growth of SEACOR Marine, significantly growing our asset and equity base”.

Seacor made a similar move in March when it bought the remaining 28 per cent of equity interests in Falcon Global Holdings (FGH), resulting in 100 per cent ownership. 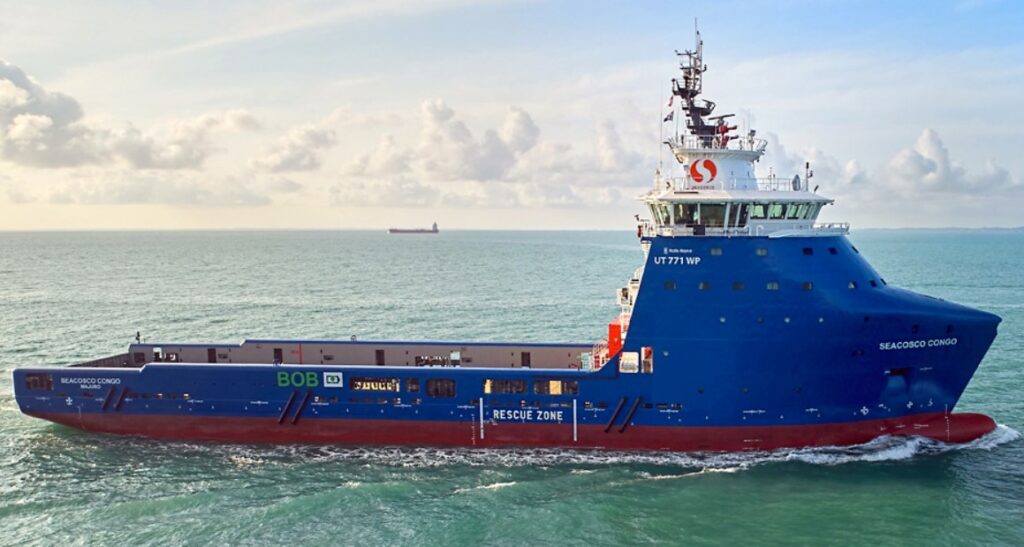