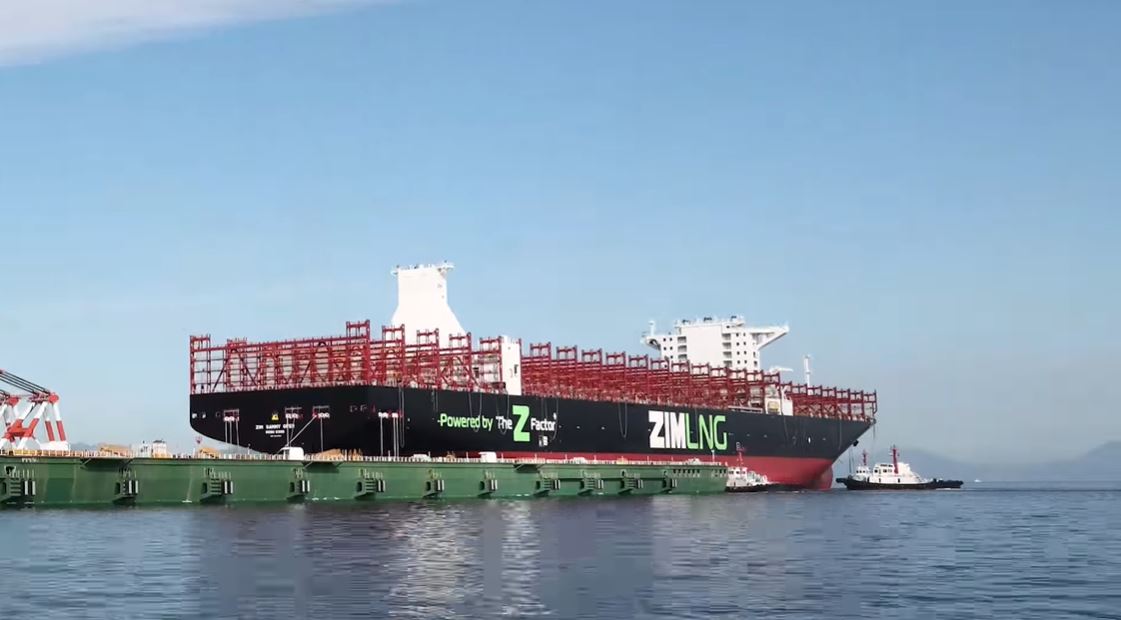 Seaspan Corporation, a Hong Kong-based owner and operator of container vessels, has launched ZIM Sammy Ofer, the first in a series of ten 15,000 TEU liquefied natural gas (LNG) dual-fuel containerships ordered back in 2021.

According to the company’s social media update, the ship was launched in Geoje, South Korea, on 15 October.

“We are extremely pleased to partner with ZIM Integrated Shipping Services on this industry-leading environmental initiative. This is an important milestone in demonstrating our commitment to ESG principles, carbon reduction, and developing our fleet through increasingly environmental-friendly technologies”, Seaspan said.

The construction of the vessel began at the end of 2021 at Samsung Heavy Industries (SHI), while the deliveries of the remaining nine containerships are anticipated to begin in the first half of 2023.

The LNG-powered ZIM Sammy Ofer is scheduled to join the fleet of Israeli shipping company ZIM Integrated Shipping Services in 2023 under a long-term charter agreement worth $1.8 billion for all ten ships.

For these vessels, ZIM recently signed a ten-year marine LNG sales and purchase agreement with Shell, valued at more than $1 billion.

On the basis that LNG emits ~20% less GHG emissions when compared to conventional marine fuels, using LNG on these ten ships is equivalent to having two out of the ten vessels in the fleet with zero emission, ZIM said in a statement when the agreement was signed.