The 2013-built vessel, previously named JS Mississippi, was purchased earlier in 2017 from Greenship Bulk Trust. The bulker, which was constructed by China’s shipbuilder Dayang Shipbuilding, has a market value of USD 18.5 million, VesselsValue data shows.

Under the deal, which was first unveiled in late February 2017, Eagle Bulk Shipping reached an agreement to acquire six Crown-63 Ultramaxes, while an additional 3 ships were contingent upon final approval from Greenship’s unit holders. The approvals for the additional vessels were granted in March 2017.

“We are pleased to have been able to secure this fleet acquisition of 9 quality Ultramax vessels, and look forward to having them join Eagle’s fleet over the coming months,” Gary Vogel, Eagle Bulk’s CEO, earlier said.

Eagle Bulk acquired the nine ships, which would be renamed after Connecticut coastal towns, for a total of USD 153 million.

With the addition of the 63,500 dwt MV Southport Eagle, Eagle Bulk’s fleet currently consists of 42 vessels on the water, including 4 Ultramax vessels, with another 7 Ultramaxes set to be delivered over the coming months. The company’s pro-forma owned-fleet will consist of 49 Supramaxes/Ultramaxes. 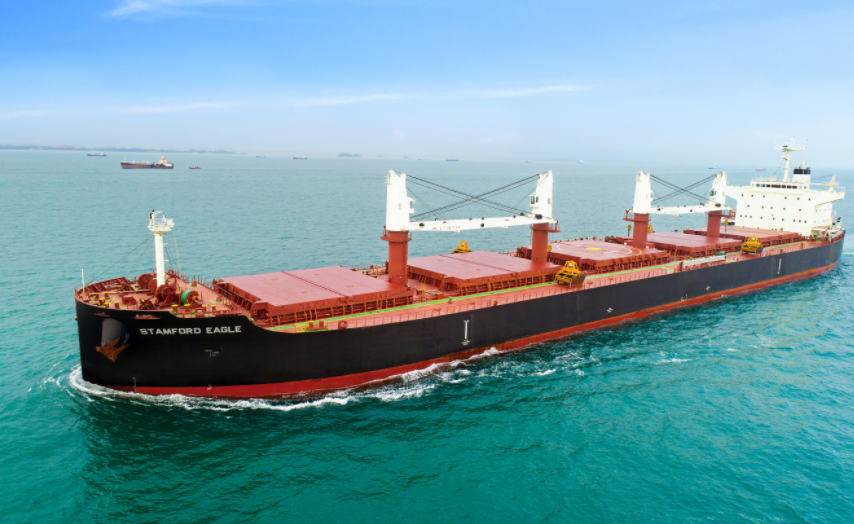