Following its naming which took place on June 9, the newbuilding was launched from the construction berth into the water to be completed alongside the quay. The superstructure, consisting of the bridge and accommodation facilities, are still to be added to the ship, the company said.

“In spite of Brexit, we still see freight volumes on our North Sea routes growing, and we are confident that the ships will offer the capacity, reliability and a significantly improved quality of service,” Niels Smedegaard, CEO of DFDS, commented.

DFDS said it will take on both vessels under a bareboat charter contract. Last year, DFDS agreed with the Siem Group to bareboat-charter the two vessels for a five-year period, with a purchase option.

The design of the ship, developed in Flensburg, meets current environmental requirements, reducing fuel consumption and providing much better handling when loading and unloading in port, according to the company.

“The two newbuildings represent the first step in an ambitious newbuilding programme that will add considerable capacity to our North Sea Network over the next few years,” Smedegaard added. 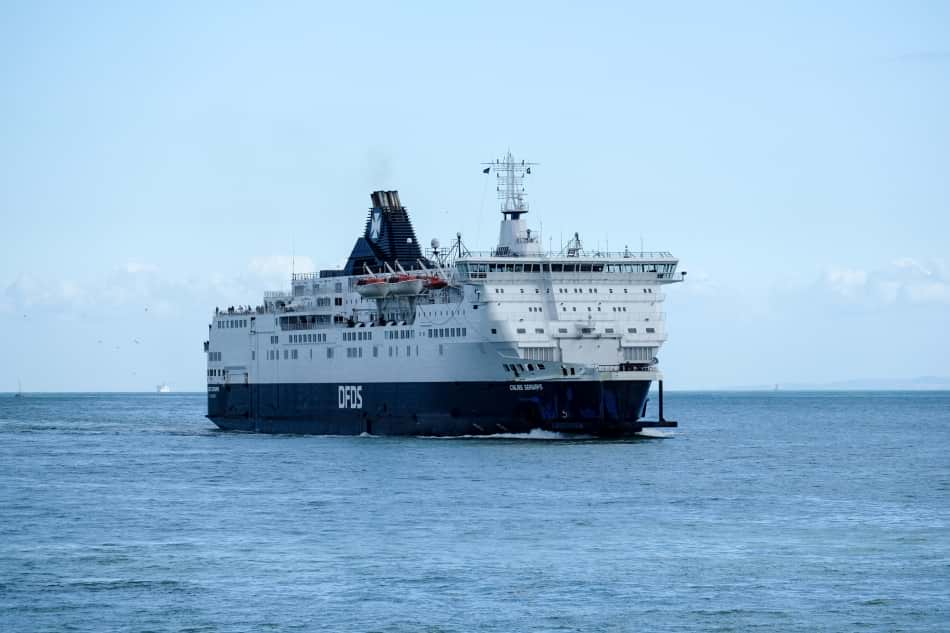