Simec Atlantis has informed about ongoing talks with the UK government regarding the support mechanisms necessary for the expansion of the MeyGen tidal energy project.

In an operational update, Simec Atlantis said it is continuing to work with the UK government to secure the necessary support mechanisms to allow the further rollout of tidal stream technology, especially the next phase of the MeyGen project.

Once operational, the project will be the largest tidal array ever built and continues to be both a pioneer and a flagship for both the industry and the technology globally.

“We expect the buildout of MeyGen will unlock significant international opportunity for further projects and continue the reduction in the levelized cost of energy from tidal generation towards that of more established forms of renewable generation”, Simec Atlantis said in a statement.

The UK government has indicated that it will announce the details of the support mechanisms this summer, with the auction round taking place towards the end of the year, according to Simec Atlantis.

Operationally, MeyGen continues to provide vital learning to help the design and development for the company’s future projects. Currently, three of the turbines have been moved to the workshop in Nigg to allow the team to complete onshore service works, according to Simec Atlantis.

The company expects that one of the turbines will be returned to service very shortly with the other two scheduled to be returned later in the year, once their service works are completed.

Project development for Simec Atlantis’ Raz Blanchard demonstration array, located between Alderney and France, is making good progress as it looks to vary the existing site consents and permits to enable deployment of the next generation of Simec Atlantis’ tidal turbine.

The turbine is said to be designed to enable a step change reduction in the levelized cost of energy from tidal generation.

The project will include four turbines, connected through a subsea hub, with a single export cable back to shore.

The subsea hub has now been proven through its successful installation at MeyGen in 2020 and the design of the array will implement lessons learned from this deployment, Simec Atlantis said.

Additional offshore site surveys are planned for the second quarter in 2021, which will allow for more the detailed resource modelling required for the site-specific detailed design, according to the company. 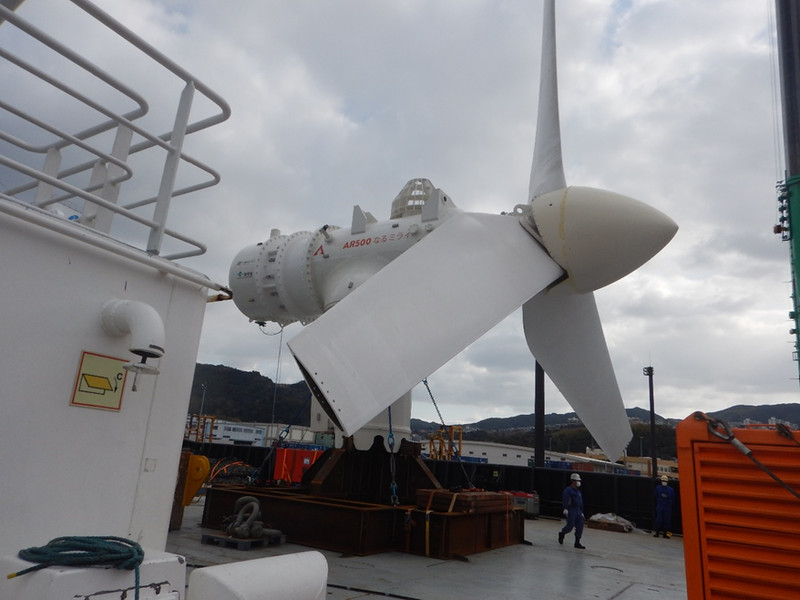