The funding will serve NTU to support the research efforts of the Maritime Energy & Sustainable Development (MESD) Centre of Excellence over a new five-year period until 30 September 2027 from this September. The funding targets a total of 14 maritime decarbonisation R&D projects that were developed in Phase One for industry deployment in Phase Two.

The research centre was launched in October 2017 and jointly funded by SMI and NTU with the mission to deepen Singapore’s maritime capability in the field of energy and sustainable development, with a focus on future port and shipping operations.

Specifically, MESD will initiate joint projects on 16 R&D areas which it has identified with the Maritime and Port Authority of Singapore (MPA) and industry partners. These projects include trials on alternative fuels and energy sources, as well as associated adoption pathways.

SMI will also be awarding an additional funding of S$10 million over the next five-year period to the C4NGP, which is part of the College of Design and Engineering at National University of Singapore (NUS), to translate the centre’s advanced digital twinning technologies for adoption by local port and the maritime industry.

In its next phase, the C4NGP aims to create and share new knowledge with local and international industry partners via its digital twin software packages. Other R&D projects to be developed include Tuas Port’s digital twin, advanced port operation planning systems, performance analysis of future automation systems, and a digital twin for haulier services in Singapore.

“SMI is pleased to support the Phase Two funding for MESD and C4NGP.  The two centres of excellence form the repositories of deep expertise and knowledge in the respective areas of green shipping and next generation port, and have made significant R&D achievements since their establishment. In the next phase, the centres will focus efforts on translating their rich R&D capabilities for industry adoption. They will continue their role in supporting and building a strong and vibrant research and innovation ecosystem through maritime R&D excellence,” Wong Weng Sun, SMI Chairman, commented.

The announcement was made by Chee Hong Tat, Singapore’s Senior Minister of State for Finance and Transport, during the 12th Edition of the SMI Forum. 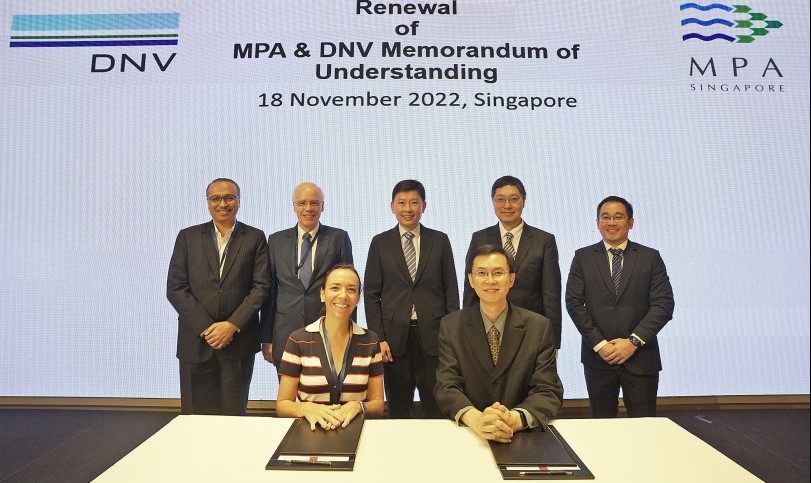