The Maritime and Port Authority of Singapore (MPA) has decided to suspend Glencore’s bunkering licence for two months following an investigation into a recent bunker fuel contamination in Singapore port.

The move comes following the completion of an investigation into bunker fuel contamination in the port earlier this year. Namely, contamination cases started to emerge in March 2022 as a number of ships had been supplied with high sulphur fuel oil containing high concentration levels of chlorinated organic compounds.

As informed earlier, the fuel oil supplied by Glencore Singapore Pte Ltd (Glencore) and PetroChina International (Singapore) was traced back to a tanker at the Port of Khor Fakkan, United Arab Emirates.

“Between 21 and 23 March 2022, the fuel oil testing laboratory engaged by Glencore reported results showing that the samples taken from the parcels of fuel oil Glencore purchased, contained concentrations of COCs that ranged from approximately 2,000 ppm to 15,000 ppm. COCs are not commonly present in bunker fuel, especially at such elevated levels. “

“MPA’s investigation found that despite this, Glencore continued to supply bunkers blended with the fuel purchased that was contaminated with high levels of COC to vessels in the Port of Singapore from 22 March 2022 to 1 April 2022,” the port authority said.

By doing so, Glencore contravened the terms and conditions of its bunkering licence.

A total of 24 vessels were supplied with the affected fuel by Glencore from 22 March to 1 April 2022, and at least 3 vessels have reported issues with their fuel pumps and engines, the investigation findings further show.

MPA said that it has asked Glencore to improve its internal procedures to ensure that prompt action is taken in the future when it becomes aware of, or reasonably suspects, any irregularity in fuel quality.

Separately, MPA’s investigation revealed that PetroChina had stopped delivery of the contaminated fuel promptly by 19 March 2022 once it received its own test results that the fuel it supplied was contaminated with COC. Therefore, MPA has decided not to take any action against PetroChina.

“MPA takes a serious view of contraventions of the bunker supplier licence terms and conditions, and will not hesitate to suspend or cancel the relevant licences, where necessary. MPA has also reminded licensees to immediately report to MPA any irregularity in any bunker operation or contravention of any provision under the terms and conditions of their bunker supplier licence,” the port authority stressed. 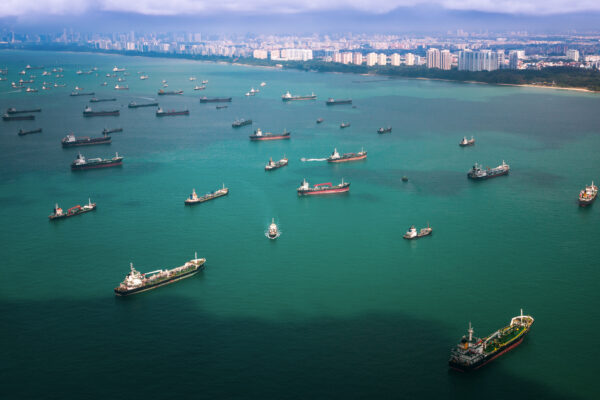