The 123,492 cbm vessel will become the first such large-capacity crude oil tanker to travel the entire length of the NSR using only clean-burning LNG fuel, Sovcomflot said.

The 113,200 dwt tanker is carrying a cargo of crude oil from the Russian port of Murmansk to China.

The journey along the NSR, from Cape Zhelaniya to Cape Dezhnev, will take about eight days, with vessel moving at the expected average speed of 12 knots, according to the Russian shipping company.

While transiting from the Laptev Sea to the East Siberian Sea, the vessel will follow the ‘Tikhonov’ deep-water route that lies north of the New Siberian Islands, which was first opened for commercial shipping in 2011 by SCF’s tanker Vladimir Tikhonov.

Delivered by Korean shipbuilder Hyundai Samho Heavy Industries in February 2019, Korolev Prospect features a length of 250 meters, a breadth of 44 meters, and an ice class of 1A hull.

Sovcomflot’s fleet currently includes 146 vessels with a total deadweight of over 12.8 million tons. More than 80 vessels have an ice class. 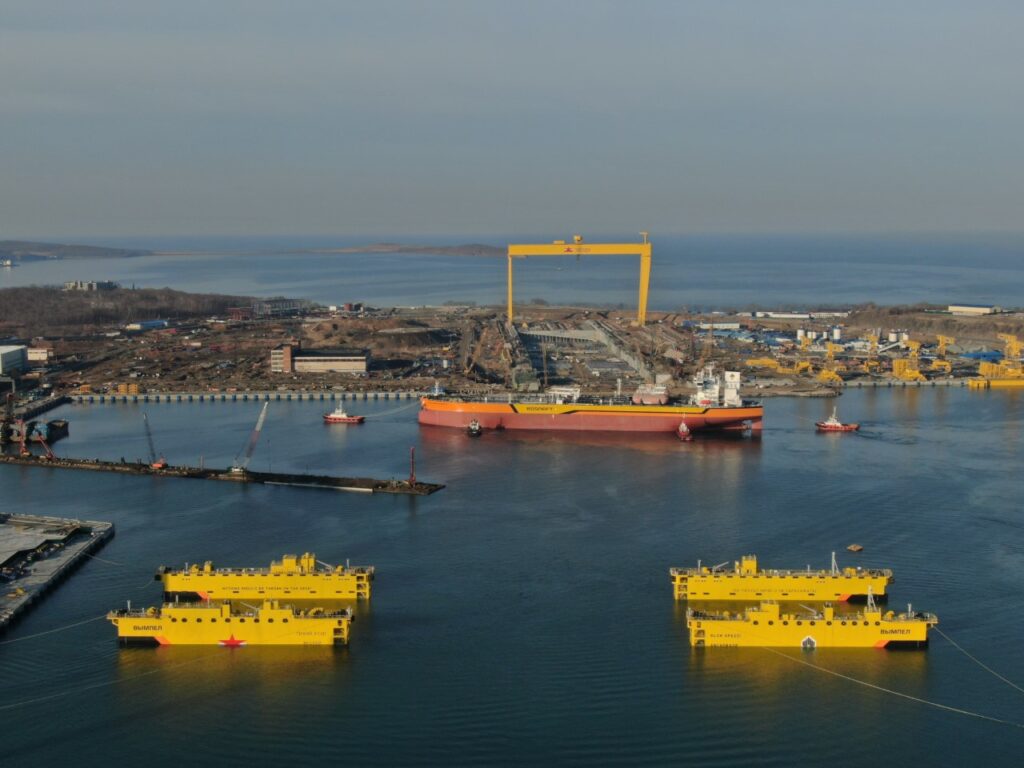