The Rotterdam based shipping company Rotortug and ASD Ship Design from Alblasserdam have invented a revolutionary tugboat technology (‘tugnology’) to prevent towline failures from chafing against a tugboats fixed towing point.

Conventional towing point designs are usually fixed bitts fitted with polished and stainless steel cladding in line contact areas guiding a towline to a towing winch. Using state of the art towing winches, towlines are winched in and out automatically by using a pre‐set line force to prevent both dynamic overloads and slack wires. Synthetic towlines can easily fail due to chafing and friction with increased risks for safety.

Fast in‐ and outgoing movements of a towline with these winches cause high temperatures in especially the inner core of synthetic towlines. This is an even bigger issue at high outdoor temperatures. The fiction and the high result temperature cause much wear and, at the end, failure of a towline connection.

Rotortug and ASD Ship Design in co‐operation with the company Ridderinkhof in Hasselt have developed a rotating wheel construction to guide the towline without friction. ‘’Our azimuth friction free towing point will be of great influence to towing methods,’’ according to Mr. Ton Kooren of Rotortug. ‘’Especially when synthetic towlines are used our invention holds many advantages.’’ The patent on this invention is currently pending.

Together with the Rotterdam based maritime service provider Kotug International and the Rotterdam pilot organization Rotortug has developed new methods to assist sea going ships. One of these methods is the so called ‘rotoring’, a method through tugs of the Rotortug type can assist objects to be towed and moored in confined spaces. The azimuth friction free towing point enables ‘rotoring’ in heavy seas.

Ridderinkhof bv, based in Hasselt (the Netherlands), develops and produces winches and winch systems for maritime and civil applications. Recently Ridderinkhof has developed the so called Wave Winch for sea and port tugs, a high dynamic winch that secures a tight towing rope even in difficult circumstances. Ridderinkhof is awarded the exclusive production rights for the azimuth friction free towing point for the first years. 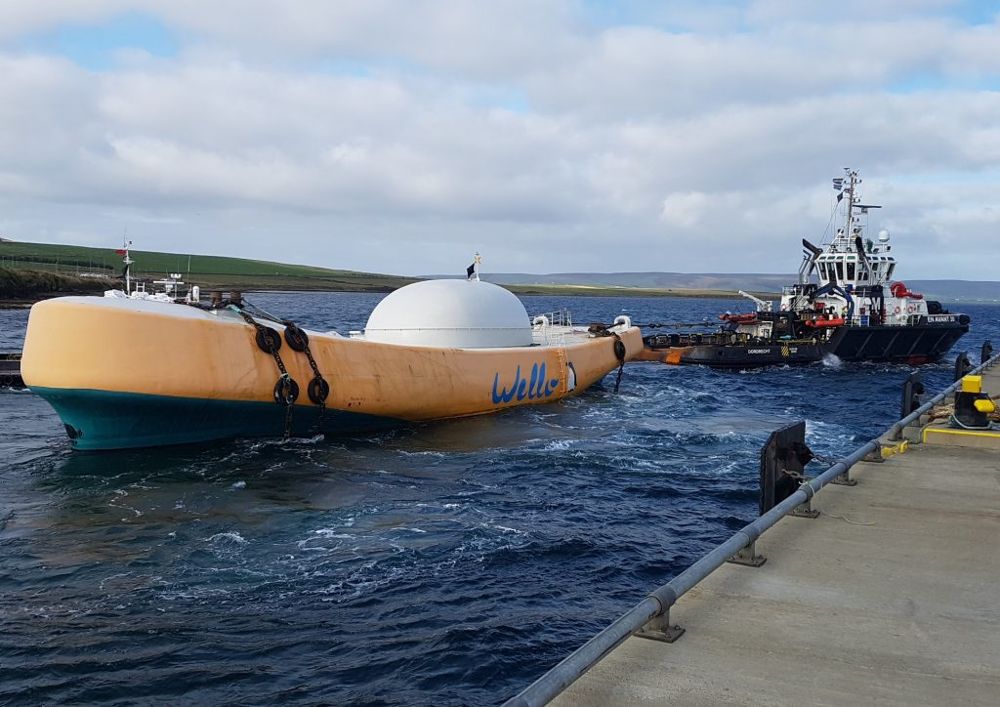