Aberdeen Harbour and oil and gas company BP have entered the Memorandum of Understanding (MoU) to work on projects that could help decarbonise the port operations.

Under the MoU, the partners will, in service of their net-zero ambitions, identify and develop projects that could reduce emissions and lower air and noise pollution from vessels calling to the port.

As disclosed, this includes the potential for:

For Aberdeen Harbour, the collaboration comes in time with its South Harbour expansion project, which is nearing the operational commissioning phase.

“This collaboration with BP comes at a significant time for Aberdeen Harbour, and combined with our multi-million-pound investments into our infrastructure and established three-stranded Green Port strategy, propels us into being Scotland’s leading port for the energy transition”, said Bob Sanguinetti, chief executive of Aberdeen Harbour Board.

“Reducing emissions from vessels berthed in the port and providing low carbon power supplies will be critical to achieving a green maritime industry and requires innovative thinking and practices”.

As for BP, the MoU builds on its partnership with Aberdeen City Council, which seeks to help the local authority achieve its net-zero strategic infrastructure plan and vision to become a climate positive city.

Support for ports and harbours is said to be a key component of BP and partner EnBW’s transformational bid in the ScotWind offshore wind leasing round.

If successful, this project would see the development of 2.9 GW of clean energy as well as a significant investment to accelerate Scotland’s energy transition.

“For nearly 30 years, Aberdeen Harbour has provided BP with world-class facilities in support of our North Sea oil and gas operations. We are delighted to be strengthening that relationship in a way that we believe will help further the net-zero ambitions of both organisations. We will be bringing BP’s core skills in solving complex energy problems to a progressive and highly capable port that is uniquely positioned to play an integral part in Scotland’s energy transition”, added Emeka Emembolu, BP North Sea senior vice president. 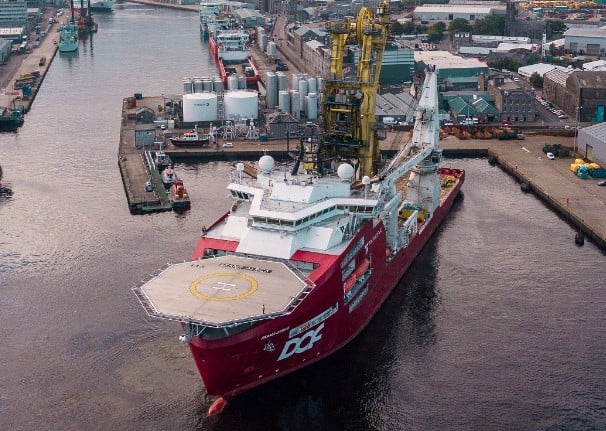