Australia’s TT-Line Company has withdrawn from the memorandum of understanding (MOU) with Finnish shipbuilder Rauma Marine Constructions (RMC) for the construction of two ferries.

In February this year, Rauma was selected for the project by TT-Line Company, a government business enterprise owned by the Tasmanian government which cancelled the previous contract with Germany’s shipbuilder FSG.

The two ferries were supposed to replace the current Spirit of Tasmania vessels on the Bass Strait. Production of the new fast RoPax ferries was scheduled to commence in Rauma at the beginning of 2021.

“Regretfully TT-Line Company has informed us that they have decided to withdraw from the MOU and postpone signing any shipbuilding contracts with reference to the present economic outlook due to the COVID-19 pandemic. The situation is naturally unfortunate for RMC, but we are pleased to say that the withdrawal does not cause any immediate re-structuring at RMC,” Jyrki Heinimaa, CEO of RMC, said.

In a separate statement, TT-Line’s Chairman Michael Grainger said the government indicated that, given current and emerging economic problems caused by COVID-19, there needed to be more consideration of local content and manufacturing jobs in Tasmania and Australia as part of the overall vessel replacement project.

“The decision is not a reflection of the quality of the business case developed by TT-Line, nor the ability of RMC to deliver the proposed contracts,” he explained.

“It is simply a matter of timing and the unprecedented impact COVID-19 is having and will have on state and national economies.”

“The Government and TT-Line still believe it is essential that the vessels are replaced in coming years to support the growing passenger and freight transport needs of the state.”

“We, therefore, look forward to working with the government on the next proposal and business case for its consideration that will further maximise local economic benefits,” he added.

Grainger further informed that the new decision did not impact the company’s plan to move its Victorian port operations from Station Pier, Port Melbourne, to Corio Quay, north of Geelong. TT-Line will still relocate by the end of 2022.

RMC is currently building the Aurora Botnia car and passenger ferry for Wasaline, a vessel which will operate between Vaasa, Finland and Umeå, Sweden.

In addition, production of the shuttle ferry MyStar for Estonian Tallink Grupp started at the Rauma shipyard in April. 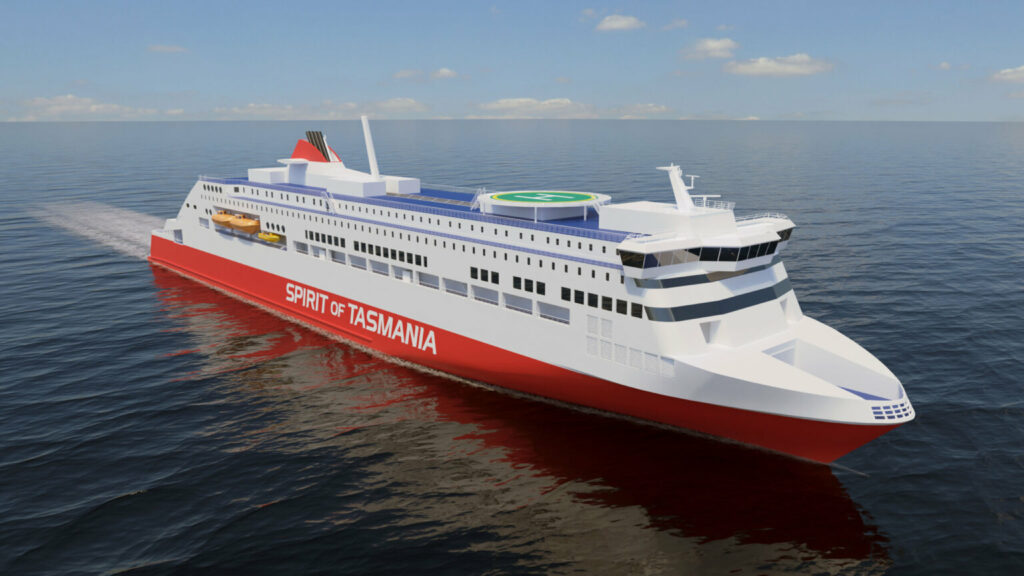