Louisiana-based oil and gas company Taylor Energy has agreed to pay over $43 million and transfer $432 million decommissioning trust fund to the United States, according to the proposed consent decree for the settlement addressing the impacts of the Gulf of Mexico oil spill, which started 17 years ago.

The Department of Justice (DOJ) reported on Wednesday that Taylor Energy has agreed to turn over all its remaining assets to the United States upon liquidation to resolve its liability for the oil spill at its former Gulf of Mexico offshore oil production facility, which is the source of the longest-running oil spill in U.S. history, ongoing since 2004.

It is worth reminding that the spill began in 2004, when a Taylor Energy production platform located in the Gulf of Mexico about 10 miles off the coast of Louisiana collapsed during Hurricane Ivan, resulting in an ongoing oil discharge that continues to this day. Since April 2019, the vast majority of the leaking oil has been successfully captured by a containment system installed and operated by the U.S. Coast Guard through a contractor.

Duane A. Evans, U.S. Attorney for the Eastern District of Louisiana, stated: “Despite being a catalyst for beneficial environmental technological innovation, the damage to our ecosystem caused by this 17-year-old oil spill is unacceptable. The federal government will hold accountable businesses that violate our Nation’s environmental laws and ensure that any oil and gas company operating within our District meets their professional and legal responsibilities.”

Tommy Beaudreau, Deputy Secretary of the Interior, said: “We are proud of and grateful to the outstanding interagency team of technical and legal experts from the Departments of the Interior and Justice, the U.S. Coast Guard and other agencies who have worked tirelessly for more than a decade to mitigate environmental impacts to the Gulf of Mexico ecosystem, hold the company accountable, and protect the American taxpayer.”

Taylor Energy to pay millions in settlement and drop its lawsuits against the U.S.

The DOJ revealed in its statement that Taylor Energy will pay over $43 million under the proposed consent decree — all of the company’s available remaining assets — allocated as follows: $15 million as a civil penalty, $16.5 million for NRD, and over $12 million for Coast Guard removal costs. The State of Louisiana is a co-trustee for natural resources impacted by the spill and the NRD money is a joint recovery by the federal and state trustees.

Nicole LeBoeuf, Director of NOAA’s National Ocean Service, commented: “This settlement represents an important down payment to address impacts from the longest-running oil spill in U.S. history. Millions of Americans along the Gulf Coast depend on healthy coastal ecosystems. NOAA and our co-trustees look forward to working in partnership with the National Pollution Funds Center to ensure the region and the ecosystem can recover from this ongoing tragedy.”

In addition, Taylor Energy also will transfer to the Department of the Interior’s Bureau of Ocean and Energy Management (BOEM) $432 million currently held in trust for decommissioning the Mississippi Canyon (MC)-20 site, plugging the subsea oil wells and remediating contaminated soil. Moreover, the company will be barred from interfering in any way with the Bureau of Safety and Environmental Enforcement’s (BSEE’s) decommissioning work.

Captain Will Watson, Sector Commander of the Coast Guard New Orleans, informed: “This settlement will provide significant financial resources for the Bureau of Safety and Environmental Enforcement, Bureau of Ocean Energy Management, National Oceanic and Atmospheric Administration (NOAA) and the Coast Guard to permanently secure the wells, protect the marine environment, preserve marine resources and ensure compliance with the Oil Pollution Act of 1990.”

Likewise, Taylor Energy may not interfere in any way with the Coast Guard’s oil containment and removal actions and it will turn over to DOI and the Coast Guard all documents – including data, studies, reports, etc. – relating to the site to assist in the decommissioning and response efforts. After Taylor Energy liquidates following court approval of the settlement, it will make a final payment to the United States of the value of its remaining assets.

“For the last three years, the Coast Guard, along with our federal partners, have committed to the challenging mission of containing and removing more than 800,000 gallons of oil discharging into the Gulf of Mexico. Containment and removal operations continue to this day,” stated Watson.

The settlement – filed as a proposed consent decree by the Justice Department on behalf of the Coast Guard, DOI and the federal and state trustees for natural resources – is subject to a 40-day public comment period and court review and approval.

Todd Kim, Assistant Attorney General for the Justice Department’s Environment and Natural Resources Division, remarked: “Offshore operators cannot allow oil to spill into our nation’s waters. If an oil spill occurs, the responsible party must cooperate with the government to timely address the problem and pay for the cleanup. Holding offshore operators to account is vital to protecting our environment and ensuring a level industry playing field.” 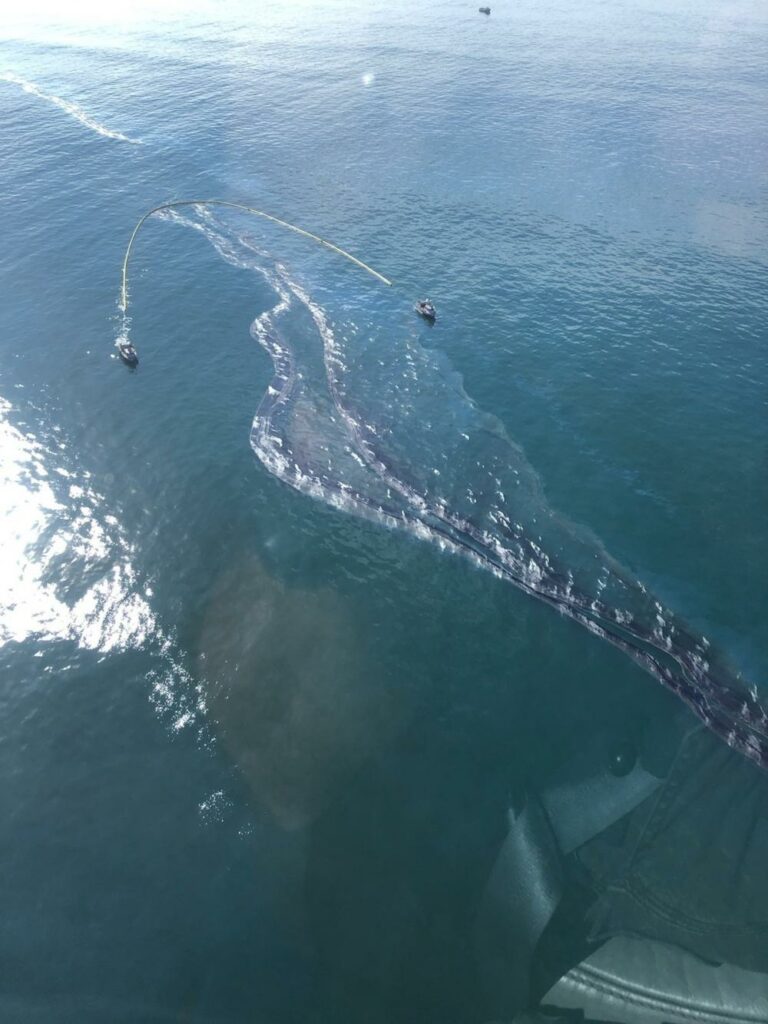