TDW has developed a custom solution that provides the dive specialist with a safe, reliable method of isolating the riser and platform from the section that was to be prepared for the wye installation.

When a commercial diving and marine services company began planning the installation of a piggable wye to tie-in a new deepwater oil and gas system in the Gulf of Mexico for a major operator, it knew the job would be difficult. But with its 40 years of experience, it was up to the challenge. The first, most critical, phase of the program was to isolate the pressure in a riser so that the wye could be safely installed. It was imperative that this be carried out flawlessly, within the requisite timeframe. To do otherwise would delay plans to bring the new oil and gas system on-stream and produce “first oil” from the field. It was essential that the pressure be isolated to make certain that the divers, who would be working 228 meters (748 ft.) subsea near the open end of the line, would be safe.

As experts in marine construction, the dive specialist was confident that TDW would isolate the section and protect its diving team. With so much riding on the effective execution of the isolation operation, the dive specialist retained T.D. Williamson (TDW), a pipeline specialist that has carried out thousands of pipeline pressure isolation operations between its STOPPLE® plugging system and SmartPlug® pipeline isolation technology. As one of its core isolation technologies, TDW uses its SmartPlug tool to isolate pressure in specific sections of pipelines and risers so that repairs or interventions can be carried out safely. Operated by remote control, the SmartPlug tool is certified to “Safety Class High” in accordance with OS-F101 for Submarine Pipeline Systems. It is uniquely certified and type-approved by Det Norske Veritas (DNV) to execute independent double-block isolation to provide a safe environment for divers while working near a pressurized gas pipeline.

Before the line was isolated, it was imperative to ascertain whether the line was piggable, and that the specially sized (or engineered) SmartPlug tool would be able to negotiate the tight bends in the riser to reach the set location. TDW conducted a piggability and pipeline stress simulation study by bi-directionally running a modified gauge pig, similar to the SmartPlug tool, to simulate the exact path of the isolation tool during the forthcoming operation. The study confirmed that the SmartPlug tool would successfully traverse the piping and reach its target destination.

Working from the platform, the TDW crew launched the SmartPlug tool into the riser. As the tool travelled through the riser, the TDW team onboard the support vessel used its remote-controlled SmartTrack™ tracking and monitoring system, which uses two-way, through-wall electromagnetic communication between a transponder and a receiver – to track the tool’s progress, control its speed, and monitor conditions in real-time. When it reached its subsea set location of 228 meters (748 ft.) the tool was set into position where it remained for three and one-half days, isolating the riser against a pressure of 63 bar (914 psi).

Secure in the knowledge that the line was safely isolated, divers cut the line in preparation for the tie-in. Throughout the operation, divers worked near the open-ended line with only the SmartPlug tool preventing the gas pressure from escaping. The wye spool was installed, and the SmartPlug tool was retrieved through a valve fitted with a temporary receiver. The procedure was completed on schedule, without incident. Keeping the divers safe while installing the piggable wye on time was a major achievement, signalling that the next step of the plan to tie-in the line to the new deepwater oil and gas project could proceed.

Successful isolation of this particular riser was key to the tie-in project, so stakes were high. The dive specialist had to make absolutely certain that the isolation would be executed quickly and effectively so that the wye spool could be safely installed, on time. The isolation operation by TDW was meticulously executed, which meant that the divers could efficiently cut the line and be safe, even while working so close to the open end of the line. The task was carried out using technologies offering continuous pressure and subsea condition reports, giving the dive specialist the confidence to proceed with the installation. As a result, it was installed efficiently, well within the designated timeframe.

Working on this deepwater project offered TDW the opportunity to develop and deliver a reliable, custom solution, while demonstrating its commitment and reputation as a reliable partner that rises to the challenge. “We attribute much of the success of this operation to the preliminary studies carried out on the riser, our field-proven pressure isolation tools, and the energy we invested in developing close working relationships with this customer and everyone involved,” said Bjorn-Olav Gilje, Project Manager for TDW. 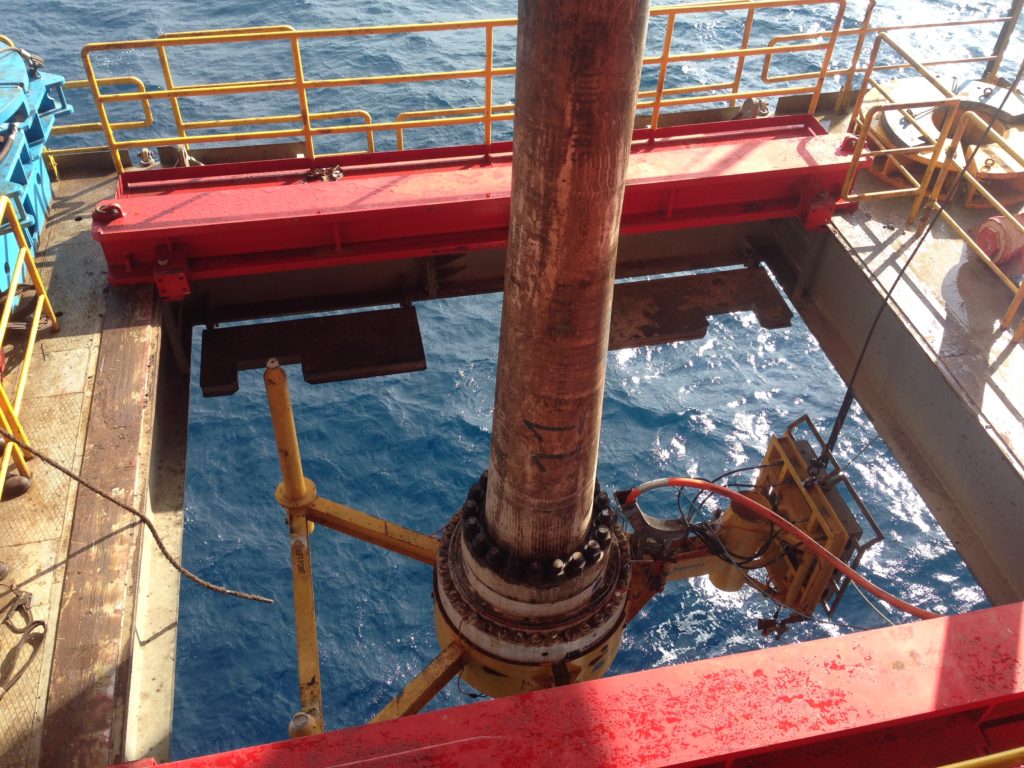