Yesterday marked an important milestone for the Air Warfare Destroyer (AWD) project with the laying of the keel for the second Hobart Class destroyer Brisbane at Techport Australia in Adelaide.

AWD Alliance CEO Rod Equid said that the event is a long-standing shipyard and naval tradition marking the start of the hull consolidation phase for Brisbane – the second of three DDG destroyers being built for the Royal Australian Navy as part of Australia’s largest approved major project with the Defence Materiel Organisation (DMO).

“As we celebrate the start of the consolidation phase for Brisbane, we also mark progress on Ship 1 Hobart. All 31 blocks have now been erected on the hardstand in readiness for the load-out and set-to-work of the Combat System,” Mr Equid said.

“We have made significant strides over the past year on this first-of-class build, and I am proud of everyone within the AWD Alliance for their hard work to get us where we are today. We are now working hard in preparation for the launch of Hobart with as much equipment as possible being loaded out over the coming months.”

“Once Hobart is floated off, Brisbane will take prominence on the hardstand of the Common User Facility where we will see the ship take shape. One of the next key milestones for Hobart will be the activation of the combat system following the successful integration testing at our land-based facilities.”

Mr Equid commended the highly-skilled project workforce which includes about 1,900 people in the AWD Alliance, and a total of about 2,850 people working across the country on the project.

“It is a complex and challenging project which has a talented and professional national workforce from the core Alliance Participants ASC, Raytheon Australia and the Government’s DMO. This is combined with the support and contribution of subcontractors and suppliers who have helped to build and strengthen our national shipbuilding capability in readiness for future projects,” Mr Equid said. “The Alliance model has enabled our teams to remain focused on successful outcomes whilst working together to overcome challenges along the way.” 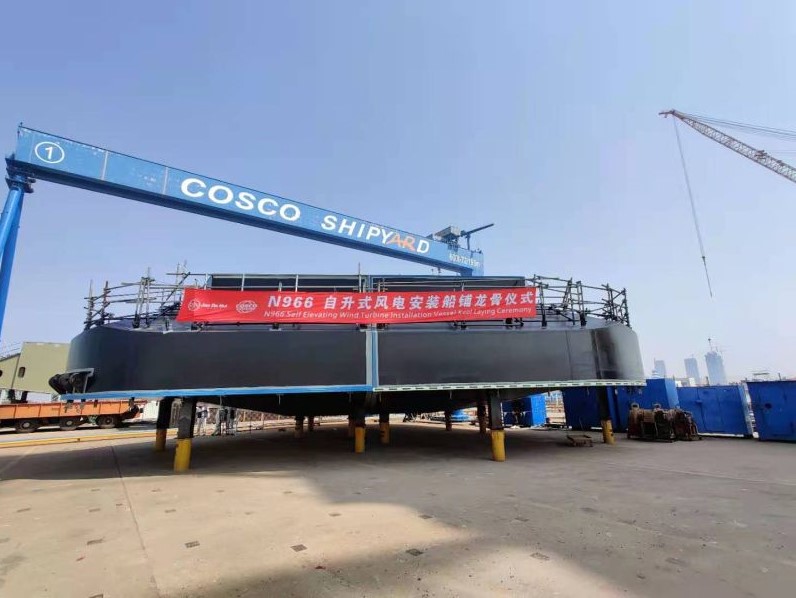