Tidal pioneer floats out to make room for optimized sibling

Scotrenewables Tidal Power has started working on the removal of its record-breaking SR2000 tidal power turbine from the test berth in Scottish waters ahead of site preparations for commercial production model – the SR2 -2000.

The SR2000’s withdrawal from service at the European Marine Energy Centre (EMEC) follows a record-breaking year of testing which saw it generate more than 3GWh of renewable electricity.

The same grid-connected test berth at EMEC’s Fall of Warness test site will welcome Scotrenewables’ optimized 2MW floating tidal turbine  most likely in early 2020, following its launch scheduled for the next year.

The already trialed device, however, could in the meantime be re-deployed at some other site, not necessarily in the UK, according to Andrew Scott, the Chief Executive Officer of Scotrenewables.

“The last 12 months have provided unrivalled validation of our engineering and, more importantly, our low cost, low risk solution for tidal stream energy.

“Having completed the engineering designs for the SR2-2000, we are now preparing for the build and installation phase – this will see the new, optimized unit installed at EMEC. As such, we need to start preparing the site for that installation and concentrate our resources on the build.

“Our priority now is to ensure we build on this success with the delivery of our next generation turbine, which is supported by EU Horizon2020 funding under the FloTEC project,” said Scott.

Commenting on the future of the SR2000, Scott confirmed the company is in discussions with a number of interested parties on the potential to re-deploy the turbine at other sites internationally.

The technology has been under continuous engineering development, including testing of scaled systems in both tank conditions and open ocean environments, since the company was founded in Orkney in 2002.

More recently, Scotrenewables has been selected by the European Commission to lead on the engineering and delivery of an improved model of the SR2000 machine, the SR2-2000. Leveraging £7 million Horizon 2020 funding, the Scottish company is leading an industrial consortium to optimize the technology under the FloTEC project. 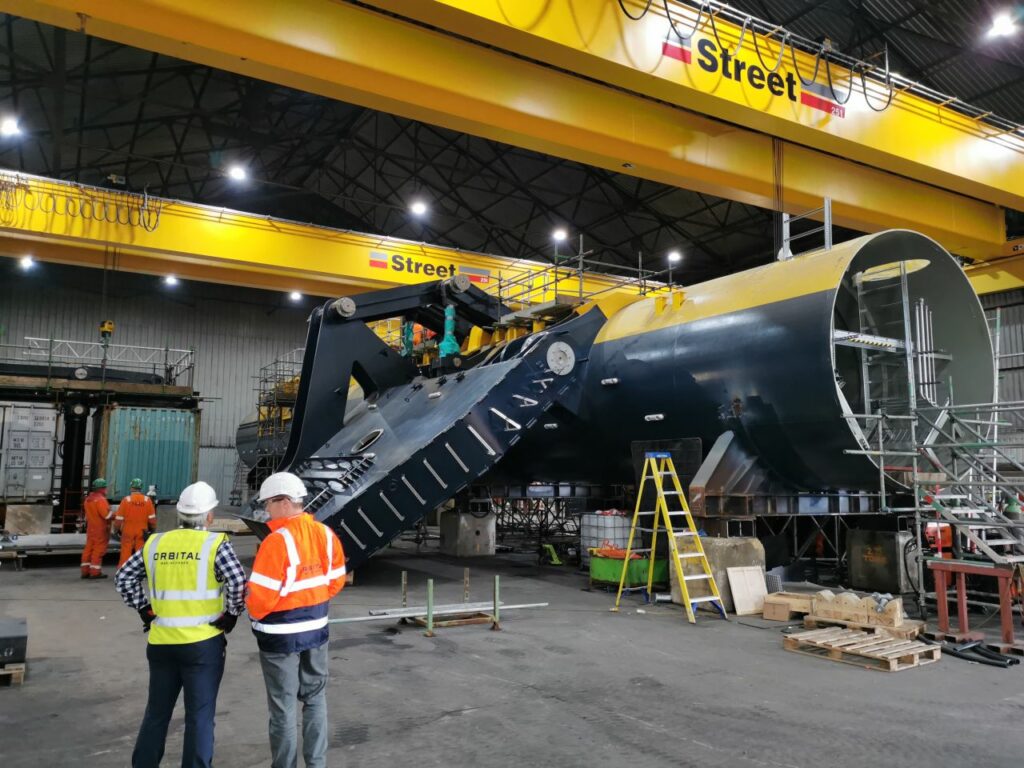