The operation was completed at the North Sea Port on the Everingen Anchorage.

The operation was completed in cooperation with Equinor and North Sea Port, Titan LNG said in a brief statement through its social media channels.

Titan LNG’s second bunkering barge, the FlexFueler 002, to the fleet and held a christening ceremony at the end of March.

The vessel has entered service on March 25. The bunkering barge will be operating from the Port of Antwerp’s Quay 526/528 where Fluxys facilitates truck-to-ship bunkering and Titan LNG operates a permanent bunkering point for inland waterway vessels.

Titan LNG also supplies bio-LNG which can be dropped in and blended with LNG using existing infrastructure and engine technology. The next step of using green hydrogen to convert into E-Fuels (synthetic LG) is under development by Titan for implementation in 2024. From all available E-Fuels like ammonia and methanol, E-LNG is the only fuel with global existing infrastructure to serve the marine industry and the best energy density. 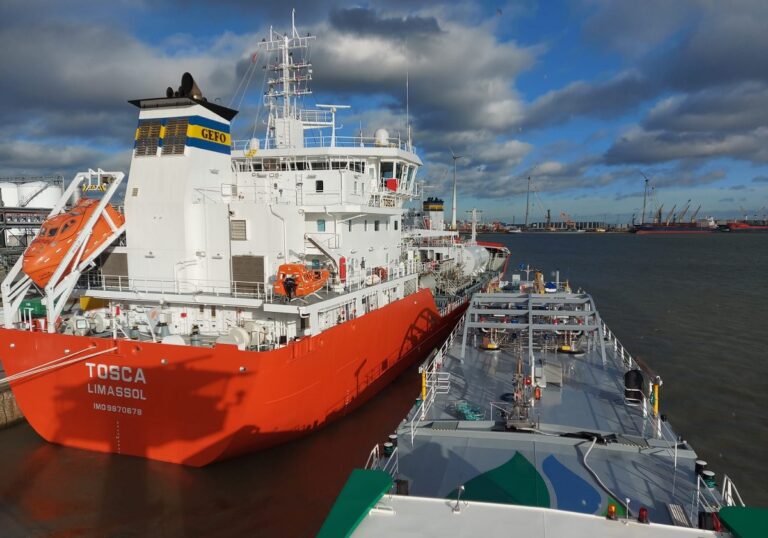