Decarbonization of shipping and new environmental regulations in the next decade combined with geopolitical issues and workforce and skill shortages have emerged as the top three issues dominating maritime leaders’ agendas.

These are the findings of the fifth annual Global Maritime Issues Monitor jointly published by the Global Maritime Forum, Marsh, and the International Union of Marine Insurers.

The 2022 report looks at the top global issues identified by survey respondents in terms of likelihood, impact, and preparedness.

The decarbonization of shipping and new environmental regulations are seen as the most impactful issues for the second year in a row.

The importance of these issues is growing ahead of the upcoming mandatory measures aimed at cutting the carbon intensity of international shipping, such as the EnergyEfficiency Existing Ship Index (EEXI) and carbon intensity indicator(CII).

“This year’s findings confirm last year’s trend: decarbonization is a top issue for the maritime industry. Decarbonizing shipping is an enormous challenge, but it is encouraging to see that the industry’s confidence in its ability to overcome this challenge is growing,” commented Richard Turner, President of the International Union of Marine Insurance.

Although rated high, new environmental regulations and decarbonization of shipping dropped from the number one and two spots in likelihood in 2021 to third and fifth, respectively. When asked to comment on the findings of the survey, many observers expressed concern that the war between Russia and Ukraine, with its high impact on energy use, is drawing attention away from climate issues, and not only in the maritime industry.

“The maritime industry is not alone in its worries about preparedness for climate change adaptation,” said Amy Barnes, Head of Climate and Sustainability Strategy at Marsh. “As with other environmental, sustainability, and governance (ESG) issues, developing a climate mitigation strategy is often not a matter of awareness, but of action. Many businesses are genuinely committed to engaging with environmental and other ESG issues, but are not sure where to focus their next steps.”

Some of the key messages show underpin the need to move simultaneously advancing shipboard technology development and demonstration; financing the scale-up of zero-carbon fuel production; and developing policies that level the playing field for adopting low-carbon solutions.

“Key stakeholders have realized the need to work together withregulatory bodies to lay down a concrete and accelerated path toward decarbonization,” said Eric Aboussouan, Director of Strategy, Investments & Partnerships, and Digitalization, Cargill OceanTransportation at Cargill.

“The simple fact that more and more shipping actors are willing to look at data, analyze those, and publish the findings and results on their progress toward decarbonization is already a big step forward.”

Aboussouan added that there is a better understanding of the new technologies and zero-carbon fuels—and their costs—that will be available to the shipping industry, though “the scalability of those solutions remains challenging, but that will ease overtime.”

Human sustainability and workforce shortages an area of concern

Overall, attracting and retaining talent was seen as the most important issue of the deep dive. At the same time, it ranked next to last in terms of expectations that companies will address it. Workforce and skill shortages, an issue in the main part of the survey, moved up in impact and down in preparedness.

“Industry leaders are getting more involved in improving overall human sustainability across the maritime industry, particularly on diversity, equity, and inclusion. Making this a strategic focus is crucial if wanting to attract and retain the workforce of today and the future,” observed Susanne Justesen, Project Director, Human Sustainability, Global Maritime Forum.

Following the war in Ukraine, geopolitical tension has become one of the top concerns in the industry. The industry’s preparedness to face these tensions, however, is still rated as high. Compared to last year’s results, the expected impact of changing trade patterns has likewise increased. Conversely, the survey respondents felt that the industry is less prepared to tackle failure and shortfall in infrastructure.

“The maritime industry has a long history of facing disruptions and uncertainty. The industry’s relative preparedness in the face of recent upsets can likely be linked to its long-standing experience and ability to react to route disruptions and changes in the geopolitical environment, though supply chain uncertainties continue to be a concern,” said Marcus Baker, Global Head of Marine & Cargo, Marsh Specialty.

Likely also due to the war in Ukraine and the disruptions in the energy market, fuel price increases ranked, for the first time, as the issue most likely to occur over the next 10 years.

The industry feels least prepared for autonomy technology and failure or shortfall in infrastructure.

Following the pandemic, the Suez Canal blockage, and the war in Ukraine, the industry is seeing changes in trading patterns and a lack of preparedness for disruptions in infrastructure, the survey found

To overcome such disruptions, Pant said the maritime industry must be a champion of freight flexibility.

“Companies need to have much greater focus than ever before on contingency planning and enhancing their commercial offering by building a risk-optimized, capital efficient, and flexible supply chain. Stronger alliances between industry, port authorities, partners, suppliers, and governments is critical to keeping markets open, continued operation of critical infrastructure, and free movement of capital and labor.”

”Despite concerns with fuel prices, insufficient access to finance was seen as unlikely, placing at number 18 on the list, nearly the same as 2021 when it was number 19. At the same time, insufficient access to finance was seen as having even less impact than in 2021, dropping from 14 to 17. However, the issue is likely to grow in importance,” said Michael Parker, Chairman, Global Shipping, Logistics & Offshore, Citi.

“The availability of capital will become increasingly important,” Parker said. “And that will begin to be dictated by emissions and other environmental metrics as cargo owners choose which vessel they charter based on those metrics, and not just freight rates.” 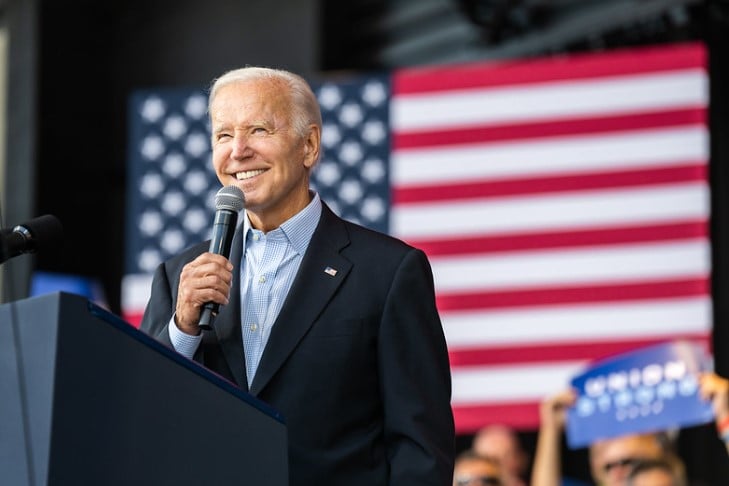 Biden administration rolls out a blueprint to decarbonize transport
Posted: 20 days ago
UNCTAD: GHG emissions from the world’s maritime fleet heading in wrong direction
Posted: 2 months ago
NYK Line vows to clamp down on GHG footprint in the wake of Covid-19-linked emissions rise
Posted: 25 days ago