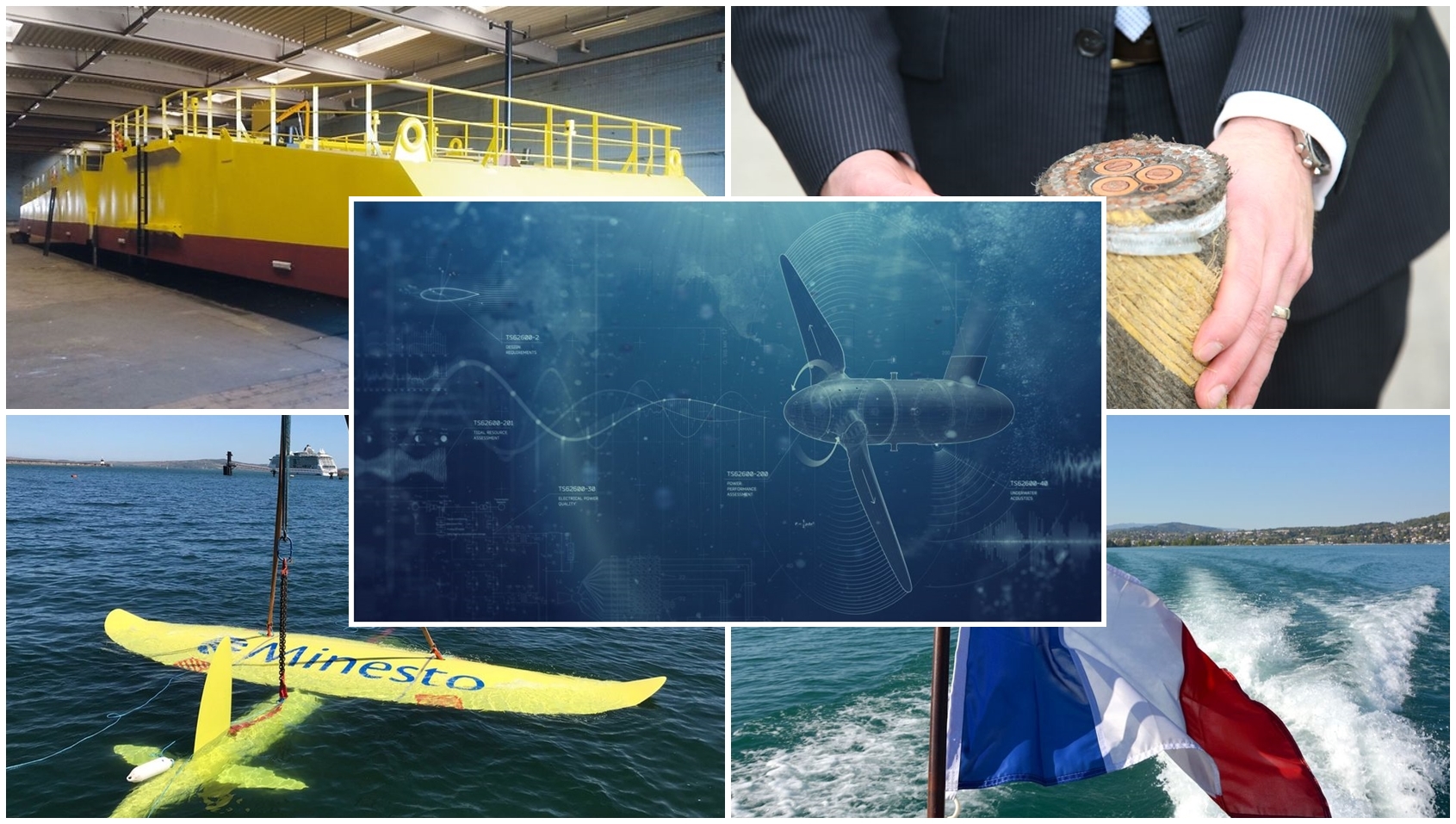 Back to overview
Home Other renewables Top news, August 27 – September 2, 2018

MarineEnergy.biz has compiled the top news from marine energy industry from August 27 – September 2, 2018.

Minesto held an unveiling ceremony for its first marine energy kite at utility scale in Holyhead on August 30, after the company verified the functionality of the Deep Green technology at utility scale earlier this month with its DG500 device.

The company carried out initial commissioning sea trials of its Deep Green tidal device off the coast of Holyhead, North West Wales, to test and verify a range of functionalities. Now, it is resuming with further testing before the second commissioning phase to verify the power take-off system and electricity generation.

The unveiling of the DG500 kite gathered Minesto’s local suppliers and partners, representatives of the Welsh Government and Albert Owen, Member of Parliament for Anglesey.

Renewable energy systems division within the International Electrotechnical Commission (IEC) has called the test laboratories to apply for the accreditation that will allow them to issue industry-standardized reports to developers that verify the power performance of their tidal energy devices.

Corresponding to the technical specification IEC TS 62600-200, which defines an industry-standard methodology and reporting format for the assessment, the laboratories that comply to the IEC quality management systems will be able to issue the transportable Renewable Energy Test Reports (RETRs) that verify the power curve, among other parameters, for tidal energy devices.

This verification is necessary to increase confidence in the industry, specifically in the power performance of full-scale tidal energy converters at representative sites.

Hydro Air Concept Energy (HACE) has conducted the first launch of its 50kW wave energy prototype in the Port of La Rochelle, located in the Biscay Bay, in the western France.

The first observations are very encouraging, according to HACE President Jean Luc Stanek, who also said the device showed ‘perfect buoyancy and stability’.

In the first week of September 2018, the Tordenskiold wave energy prototype will be baptized at an event in the Port of Frederikshavn, on the northeast coast of the Jutland peninsula in northern Denmark.

After that, the Tordenskiold device is to be anchored east of Hirsholmene – located 6 km northeast of Frederikshavn in the Kattegat Strait – where the survivability and power conversion technology of the device will be tested for the next two years.

An Innovate UK-funded project focused on developing a smart integrated monitoring system for offshore energy subsea cables has drawn to a close after the trials at the European Marine Energy Centre (EMEC) in Orkney.

The 12-month project, dubbed CLEMATIS, demonstrated the technical and commercial viability of a new multifunctional distributed sensor system for the monitoring of subsea cable infrastructure in the offshore renewable energy sector.

The novel technology will ultimately lead to better maintenance and repair of underwater cables, reducing costs in the offshore energy sector, according to EMEC.