Taiwanese shipping line TS Lines has placed an order for the construction of four 7,000 TEU containerships with Shanghai Waigaoqiao Shipbuilding.

They will be 272.5 meters long, 42.8 meters wide, and be compliant with the Tier III and EEDI Phase III requirements.

TS Lines operates a fleet of 46 containerships with a total capacity of close to 100,000 TEU, engaged predominantly in trading in the Asian region.

As informed, with this contract the company has more than 10 orders for 7,000 TEU containerships, which has effectively consolidated its market share in the medium-sized container ship segment.

The deal is being announced on the back of a steel cutting ceremony Shanghai Waigaoqiao Shipbuilding held on Monday, marking the construction start for the 210,000-ton series bulk carrier for Japan’s Santos Shipbuilding.

The vessel is the second of two 210,000-ton series bulk carriers being built for the company and is the 11th ship that the SWS has started building this year.

The two shipbuilders have cooperated on several construction projects so far, including three 176,000-ton and four 187,000-ton bulk carriers. 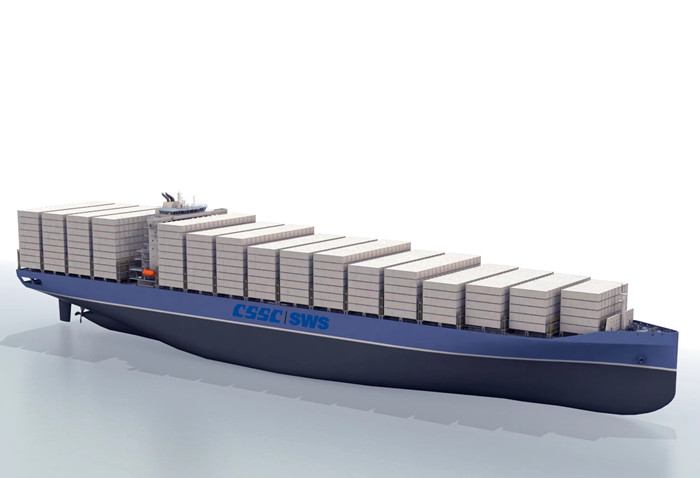