Drydocks World, the established international player in ship repair, conversion, new building and offshore construction, announced that Shell’s pioneering Prelude Floating Liquefied Natural Gas (FLNG) facility – the world’s first – was initiated with a Steel Cutting ceremony of its Turret, the world’s largest – at more than 90 m in height and 30 m in diameter and weighing 11,500 tonnes.The Ceremony was attended by senior personnel from Shell, Technip, SHI and SBM Offshore.

The Turret will be built as six modules at the Dubai shipyard and shipped to Samsung Heavy Industry’s yard in Korea, where these will be integrated into the FLNG facility, once it is built. Drydocks World had earlier been awarded the Turret building contract by SBM Offshore as part of its contract with Technip for the engineering, procurement and construction (EPC) of the FLNG Turret Mooring System.

Once constructed the FLNG facility will be towed to location where it will be permanently moored in 250m-deep water through the turret, providing weathervaning capabilities, and a 4×4 mooring system. The FLNG facility and its mooring system have been designed to withstand extreme weather conditions including a Category 5 cyclone.

“The shipyard has extensive experience in managing projects of great significance to the world oil and gas industry. It is indeed a matter of great pride to be associated with this historic project, the scope and scale of which is massive and has the capability of defining future developments in the offshore gas industry. Our excellent technical capabilities and stringent adherence to safety and quality standards has enabled us to participate actively in building a major part of the FLNG facility,” said Khamis Juma Buamim, Chairman of Drydocks World and Maritime World. 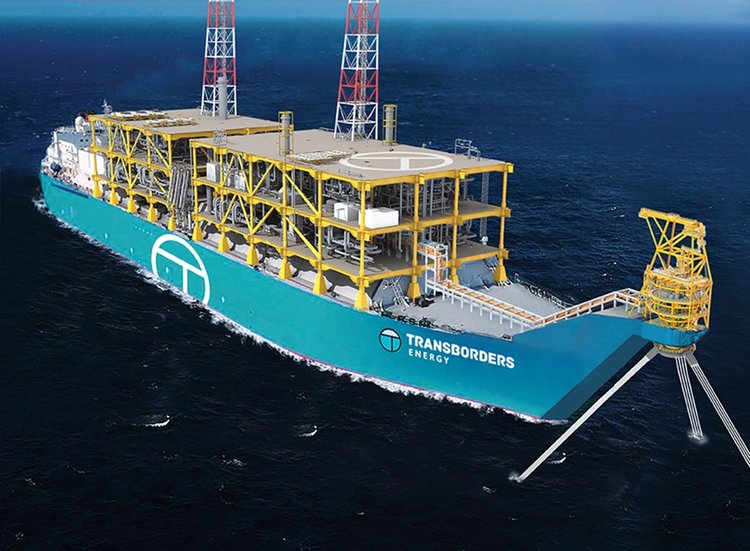