The first of the Scottish-based Bryden Centre students to achieve a PhD, Emma Whettall, has identified 33 sites along Scotland’s west coast suitable for development of small-scale tidal energy generation projects.

The findings come from the Bryden Centre run by the University of the Highlands and Islands (UHI) and partners in Ireland and Northern Ireland.

Its cross-border PhD programme was launched in 2018 to train the next generation of renewable energy researchers.

Emma Whettall has become the first of the Scottish-based Bryden Centre students to achieve a PhD and in doing so identified 33 sites along Scotland’s west coast – including 15 new locations – where small-scale tidal energy devices could be considered.

Whettall, who studied at the Scottish Association for Marine Science UHI and now works in the Highlands and Islands as an environmental modeller, said: “The west coast of Scotland had a large number of islands and inlets that are – in physical terms – ideal for harnessing tidal energy.

“We looked for sites that were physically suited to supporting a tidal energy device and identified 33 sites, 15 of which had not previously been considered.

“Based on our findings, these sites would definitely warrant further investigation, as other factors such as environmental and social impacts would have to be considered too. There is great potential around community ownership of energy but also issues over scale and cost.”

Flow speed and power potential of these candidate sites were then explored in more detail through a low-cost method developed as part of Whettall’s PhD work, using an SLR camera at a vantage point to capture images of the tidal flow every two seconds.

“The Bryden Centre not only provides research that informs industry, planners and policy makers but also helps to provide the sector with a skilled and knowledgeable workforce. Seeing Emma go from research student to PhD was a proud moment for the Bryden Centre.”

The Bryden Centre is funded by the European Union’s INTERREG VA Programme and is managed by the Special EU Programmes Body. 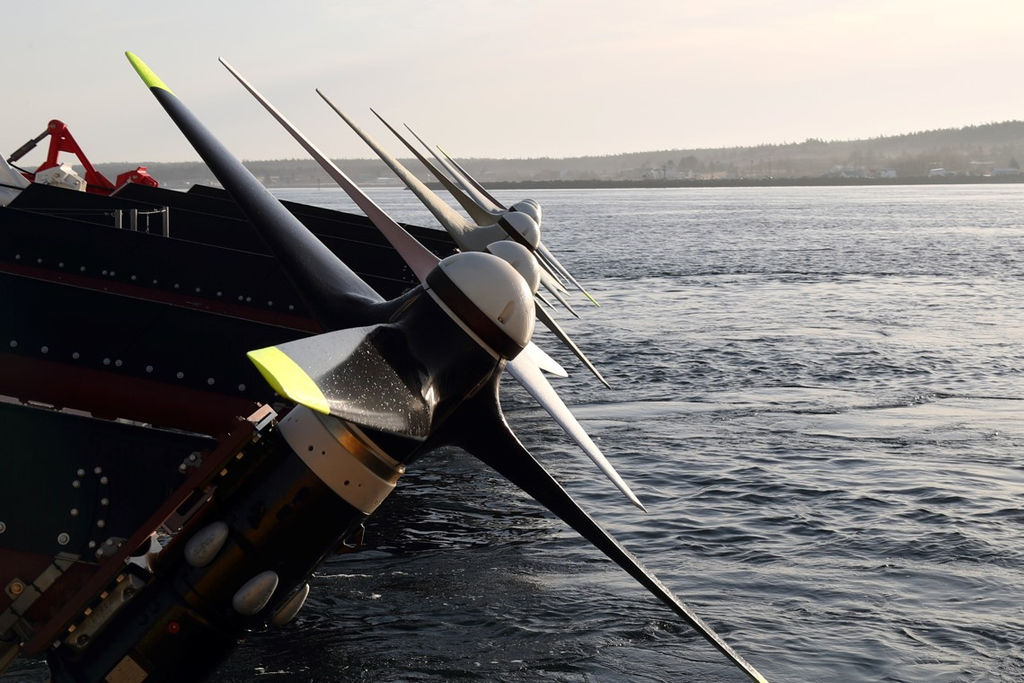