Scottish Power completed preliminary trials of a 30-meter turbine anchored to the seafloor off the Scottish coast. The results show that the turbine produced one megawatt of electricity, which is enough to power 500 homes and businesses.

The further development of the tidal farm depends on the success of the next phase of testing. The turbines will be constructed by Andritz Hydro, a Norwegian company, and installed at a site in the Sound of Islay off the west coast of Scotland.

Some consider these turbines harmful to marine life, but Mortimer assures that because of the slow movement of the turbine’s propellers the impact on marine life would be minimal.

Even though tidal farms could become a viable renewable energy source, the main set back is still the cost of such projects.

“We have publicly stated that we expect the capital costs of the Islay project to be around £70 million ($110 million),” says Mortimer, which is about $11 million per turbine.

Mortimer still believes that wave and tidal energy could achieve the necessary production with an excess of 10% of the country’s electricity requirements. 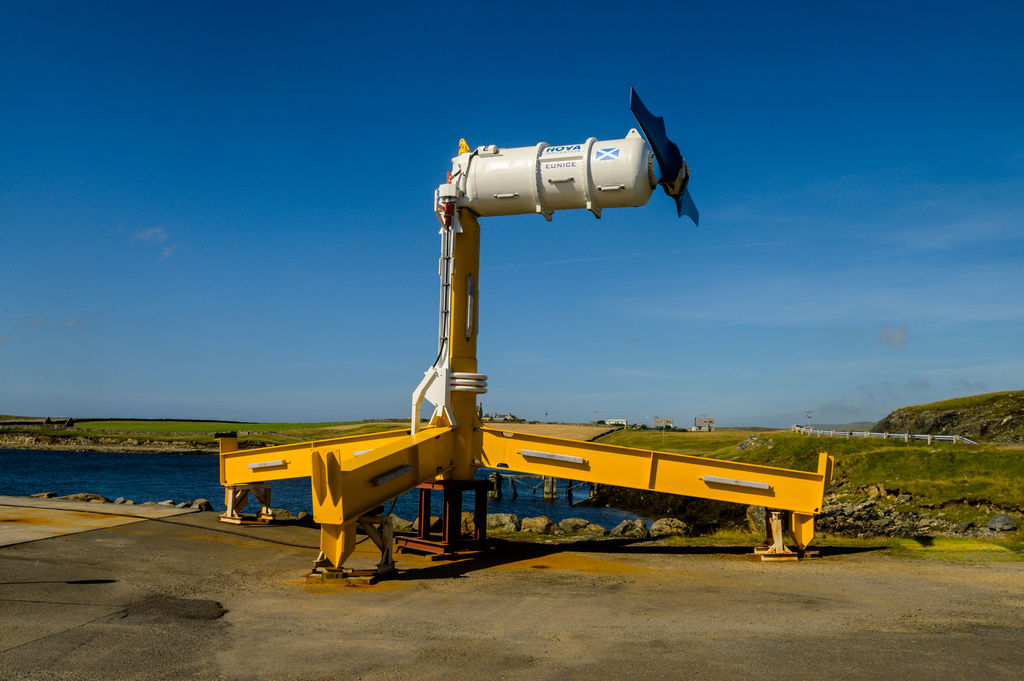