Advertisement
Back to overview
Home Subsea UK: SMD Carries Out Testing of WROVs at Stoney Cove

UK: SMD Carries Out Testing of WROVs at Stoney Cove

2012 has seen SMD evolve the Q-series range of Work Class ROVs with extensive type testing carried out at the UK’s National Diving Centre at Stoney Cove, Leicester. The latest systems are configured to ensure SMD’s WROVs meet the demands and expectations of customers well into the future. Testing has successfully been carried out on the Atom which has been delivered to Bibby Remote Intervention and the first new Quantum (code named MkIII) recently delivered to Hallin.

The new Quantum uses many of the multi-platform Curvetech™ components first seen on the Atom. This gives SMD’s fleet customers interchangeable parts between systems.

It can interface as standard with the latest instruments such as high bandwidth sonars and high definition cameras. It uses the new single pedestal Curvetech™ HTE430 thruster for class leading bollard pull and high current operation. Available with a 200hp and 250hp HPU, the system comes with 245 LPM isolated tooling for demanding applications. A 350kg payload (after manipulators and core instrumentation is fitted) completes a package which cannot currently be matched for heavy WROV construction duties.

“Through 2012 SMD have made significant progress re-vamping the Q-Series range. The recent Atom and Quantum trials were a huge success and we are now on track to complete trials of the new Quasar in December. The evolution of the SMD Work Class ROV brings increased versatility and flexibility to meet market demands into the future but also lower through life operating costs.”

Stoney Cove started life as a quarry, and first became popular with divers in the 1960s after it was abandoned and allowed to fill with water. The centre has been used for the testing of marine machinery since the 1970s. The facility offers depths of up to 35 metres, good visibility and good hard standing adjacent to the water, allowing loads of up to 20 tons to be deployed easily onto the water, not to mention the on-site pub! 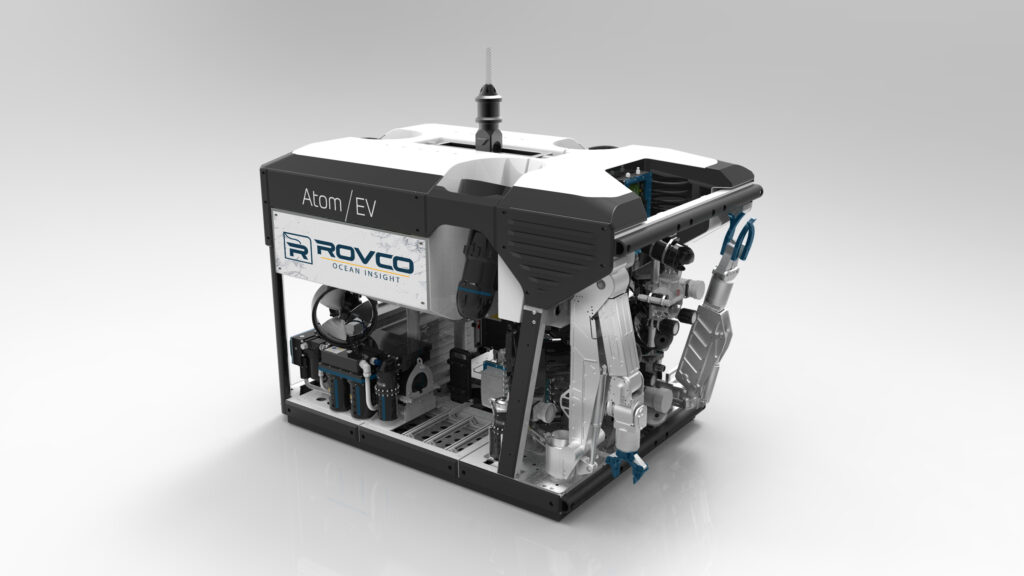