The ship is scheduled for delivery in August 2020, according to Norway-based Ulstein.

This is the first of nine options under the design and equipment contract for X-BOW ship signed between Ulstein Design & Solutions AS and SunStone in 2017.

The first vessel for SunStone, which has received the name Greg Mortimer, is well underway at the China Merchants Heavy Industry (CMHI) yard and is set to sail off for its first cruise after the completion in Q4 2019.

This vessel, as well as the next one, have been chartered by the Australian Aurora Expeditions.

“We decided to partner up with Ulstein due to their hull and the technical design, as well as their site team in China to supervise the production,” Niels-Erik Lund, President/CEO SunStone Ships, said when announcing the first vessel.

“We are pleased that SunStone starts to declare their options with CMHI. This shows that our designs and solutions fulfill their expectations. In addition to the design and equipment package, we will support the yard with a site team. This includes pre-commissioning and commissioning, testing and sea trial assistance,” Tore Ulstein, deputy CEO in Ulstein Group and COO Design & Solutions, commented.

Ulstein’s contract is with the China Merchants Group (CMG), China, and the vessels will be built at their yard. Ulstein is responsible for the delivery of the design and equipment package.

The ULSTEIN CX103 expedition cruise ship is 104.3 meters long and 18.4 meters wide. The SunStone vessels are part of the Infinity class, in which the passenger capacity can range from 130 to 200, and the crew capacity from 85 to 115. The hull will be built according to Polar Code 6, Category B, with dynamic positioning system and zero-speed stabilizers. 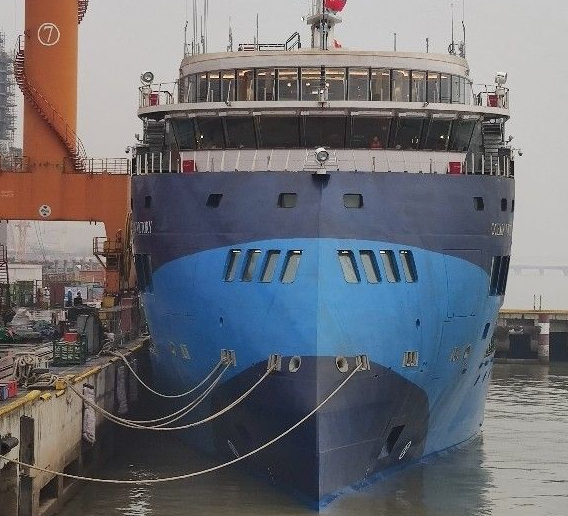