Umoe Wind AS, which owns the first Wave Craft vessel currently under construction at Umoe Mandal AS, has entered into an 8-month contract with DONG Energy on July 17, which would begin in March 2015. The charter includes a possible extension of up to 12 months.

The vessel will be operating on the Borkum Riffgrund 1 Offshore Wind Farm in the North Sea, 54 kilometres from DONG Energy’s O&M base in Norddeich. Borkum Riffgrund is a major focus area for offshore wind power. Valling Ship Management in Denmark will operate the vessel with Danish crew.

The development of the Wave Craft vessel was supported both financially and technically as part of the Carbon Trust’s Offshore Wind Accelerator (OWA) Access Competition. Jan Matthiesen, Director Innovation at the Carbon Trust, said: “We are convinced that new innovative solutions, like Wave Craft will provide significant cost savings to the offshore wind industry and we are delighted to see another of the Offshore Wind Accelerator supported concepts reach the market.”

Umoe Wind AS has decided to procure a second Wave Craft vessel from Umoe Mandal AS. The second vessel will commence construction later this year and will be delivered to Umoe Wind in 2015. 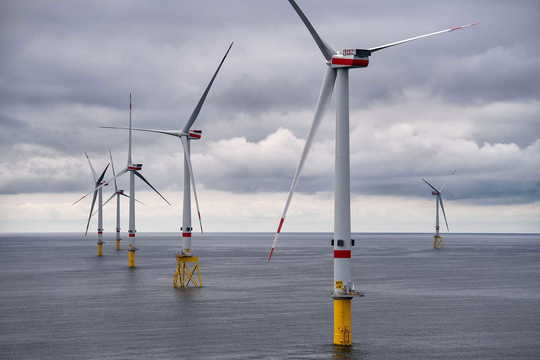