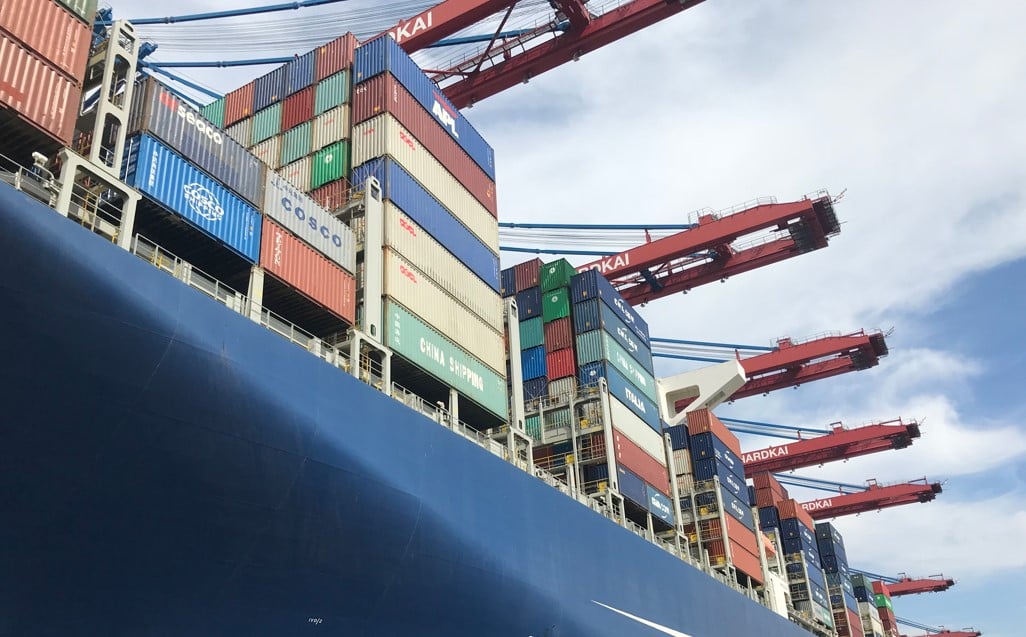 Greenhouse gas emissions from the world’s maritime fleet increased by 4.7%, between 2020 and 2021, with most of the increase coming from container ships, dry bulk carriers and general cargo vessels, the latest Maritime Transport report from UNCTAD warns.

Another worrying trend is the fact that the fleet’s average age is also rising and older ships pollute more. By the number of ships, the current average age is 21.9 years, and by carrying capacity 11.5 years, UNCTAD said.

The United Nations Conference on Trade and Development said that only about 6 percent of the post-COVID stimulus funding was allocated to cutting GHG emissions. Now with the war in Ukraine and its impacts, decarbonization might be pushed further down the priority list. Namely, if natural gas is replaced by coal, or if biofuel usage declines, GHG emissions could increase.

“Ships are getting older partly due to shipowners’ uncertainty about future technological developments and the most cost-efficient fuels, as well as about changing regulations and carbon prices,” the report added.

“The world needs a new generation of ships that can use the most cost-efficient fuels and integrate seamlessly with smart digital systems. But shipbuilding volumes remain low. The global commercial fleet grew by less than 3% in 2021 – the second lowest rate since 2005.”

Around 40 per cent of maritime cargo comprises fossil fuels, so the energy transition will alter the demand for shipping, as well as vessel types and sizes, and the fuels used by ports and ships. Sailing patterns and shipping networks will also need to be reorganized – as will the ports servicing such ships

UNCTAD called for more investment in energy-efficient shipping technologies and an accelerated shift to alternative, low-carbon fuels to cut the carbon footprint of maritime transport.

For this to take place there is a need for a predictable global regulatory framework for investing in decarbonization and increased support for developing countries in the energy transition.

The report further urges that ports and other critical transport infrastructure should be adapted to the impacts of climate change, especially for the most vulnerable countries.

Many supply chain disruptions can also be eased through trade facilitation, notably through digitalization, which cuts waiting and clearance times in ports and speeds up documentary processes through e-documents and electronic payments.

“If there is one thing we have learned from the crisis of the last two years it is that ports and shipping greatly matter for a well-functioning global economy,” said Shamika N. Sirimanne, director of UNCTAD’s technology and logistics division. “Higher freight rates have led to surging consumer prices, especially for the most vulnerable. Interrupted supply chains led to lay-offs and food insecurity.”

The report says the container shipping sector has been transformed by horizontal consolidation through mergers and acquisitions and carriers have also pursued vertical integration by investing in terminal operations and other logistics services.

The number of companies that provide services to importers and exporters fell in 110 countries, notably in small island developing states, where at times a duopoly of just two carriers dropped to a monopoly of one.

“Market consolidation results in reduced competition, constrained supply, and can lead to market power abuse and higher rates and prices for consumers,” UNCTAD pointed out.

“Integration has given carriers and their alliances stronger negotiating and bargaining positions vis-à-vis port authorities, as they now have two seats at the table – as both tenants of terminals and providers of shipping services.”

Between 2006 and 2022, the size of the world’s largest container ships more than doubled from 9,380 twenty-foot equivalent unit (TEU) to 23,992 TEU. The size of the largest ship in each country almost tripled, thus ships grew faster than the volumes of cargo to fill them.

“UNCTAD calls on competition and port authorities to work together respond to industry consolidation with measures to protect competition. The report urges stronger international cooperation on cross-border, anticompetitive practices in maritime transport,” the organization added.

The slowdown is ascribed to macroeconomic headwinds, and inflationary pressures that constrain consumer spending, and by pandemic-induced lockdowns and developments in China’s economy.

As a result of the war in Ukraine, trade is likely to increase in terms of ton-miles as Russia seeks alternative markets, and European importers switch to alternative sources of supply.

Thus UNCTAD expects some substitution of supply in the short-term, although some sectors have more scope for this than others.