In May 2013, Konecranes received an order worth USD 56 million (EUR 43 million) from the Port of Houston Authority (PHA) in the US. The order includes four Super Post Panamax STS (Ship-to-Shore) cranes and three RTG (Rubber Tired Gantry) cranes.

These will be the biggest Konecranes STS cranes ever built. The STS cranes will be shipped to to PHA’s Barbours Cut Terminal in late 2014 and supplied during the first quarter of 2015, while the RTGs will be delivered to Bayport Terminal in spring 2014.

The Port of Houston Authority is the largest container port in the Gulf of Mexico. It is responsible for eight cargo terminals and one cruise terminal along the Houston Ship Channel and handles millions of tons of cargo a year. Konecranes delivered its first RTGs to PHA in 2003 and at present PHA has 49 Konecranes RTGs in its fleet.

”We have a long history with Konecranes,” said Roger Guenther, the Port Authority’s Deputy Executive Director, Operations. “We expect the cranes to be of the highest quality and productive for decades to come.”

”We have worked hard with our customers to get the availability figures above the current industry norm. We are very pleased that PHA chose Konecranes equipment,” says Juha Aatola, Konecranes’ General Manager, STS Cranes.

Since the 1970s, the Barbours Cut Container Terminal has become one of the premier container handling facilities in the Gulf of Mexico. The terminal is presently undergoing a major modernization project, which will allow for continued efficient container and cargo handling in the terminal.

The Bayport Terminal opened in January 2007 and is today the most modern and environmentally sensitive container terminal on the U.S. Gulf. When fully developed, this state-of-the-art terminal will have a total of seven container berths with the capacity to handle 2.3 million TEUs a year.

The STS cranes ordered are semi-automated and come with Konecranes’ AC frequency control system. They include the latest features, such as the Ship Profiling System, the precision controlled Trim/List/Skew system and LED lights for improved eco-efficiency. The cranes can serve ships of Super Post Panamax size, ie. container ships that are 22 containers wide. They have a lifting capacity of 66 tons, an outreach of 64 meters and have twin lift operation for maximum handling capacity. 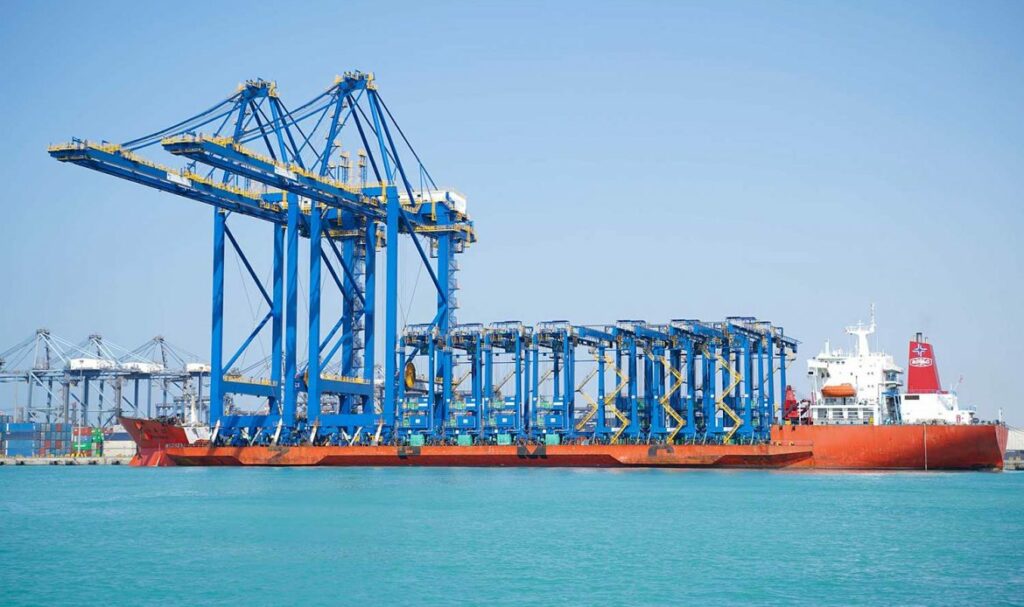