After gaining approvals from the US Coast Guard (USCG) for their ballast water treatment (BWT) systems, two suppliers, namely Sweden’s Alfa Laval and Norway’s Optimarin, have received new orders in anticipation of the BWM Convention’s entry into force.

Alfa Laval has signed an agreement with Greece-based ship management company Stamco Ship Management under which its PureBallast 3.1 systems will be retrofitted on eleven roll-on/roll-off (RoRo) vessels in Stamco’s fleet.

The agreement is expected to generate orders worth around EUR 2.2 million (USD 2.36 million) to be booked during the first quarter of 2017, according to Alfa Laval.

The USCG Type Approval Certificate for the PureBallast 3 family was issued on December 23, 2016.

The agreement will see both systems installed on a 155,000-barrel capacity clean products barge, with delivery scheduled for August 2018, according to the firm.

The contract, identical to one secured last year, comes at a busy time for the BWT specialist, which said it has seen order enquiries go “through the roof” since securing the USCG approval.

“With USCG’s tough standards and IMO’s ratification of the Ballast Water Management (BWM) convention, BWT is an issue that no shipping company can afford to ignore,” Tore Andersen, Optimarin CEO, said.

Scheduled to enter into force on September 8, 2017, the BWM Convention aims to stop the spread of potentially invasive aquatic species in ships’ ballast water.

Under the convention, vessels will be required to manage their ballast water to remove, render harmless, or avoid the uptake or discharge of aquatic organisms and pathogens within ballast water and sediments.

The convention was adopted by the International Maritime Organization (IMO) in 2004. 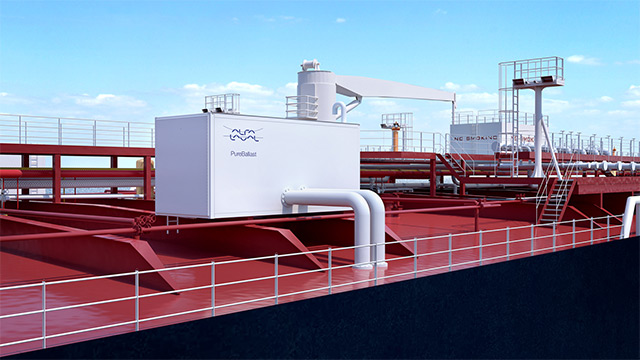