Nippon Steel & Sumitomo Metal Corporation has welcomed a 400,000 ton-class large-sized raw material carrier (commonly known as the Vale Max) operated by Brazil’s Vale S.A., the largest iron ore supplier in the world, at its Kashima Works on a trial basis.

The accepted vessel,  Vale Brasil, is the largest iron ore transport vessel that has been accepted into Japan, and this is the first entry of a Vale Max into NSSMC’s Kashima Works.

NSSMC has already accepted the Vale Max at its Oita Works and Kimitsu Works, but not at Kashima Works, until this time. The vessel was unloaded at NSSMC’s Oita Works, Kimitsu Works, and Kashima Works during her recent cruise, which has demonstrated the potential of the NSSMC’s port and harbor infrastructure in terms of the acceptance of large-sized vessels.

NSSMC explained that it had realized the acceptance of the Vale Max at its Kashima Works as a part of its efforts to pursue the merits of the integration of its operations. 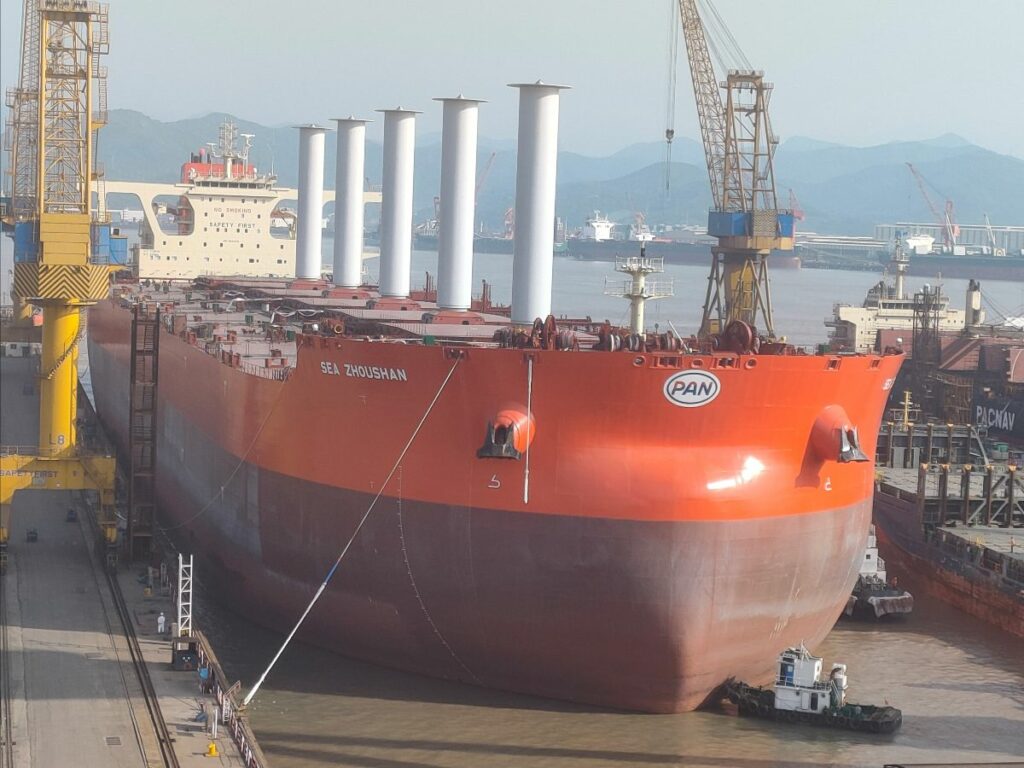