The 132kV subsea electrical cable installation under the Solent has now finished its final phase, connecting the new cable to the network in the Isle of Wight and Hampshire.

The $21 million (£13 million) project to replace one of three subsea cables supplying the Isle of Wight with electricity, was delivered by a joint venture between VolkerInfra and VMBS and was awarded by Southern Electric Power Distribution (SEPD).

The project saw the first subsea electrical installation under the Solent for 18 years. It will replace the third cable, which was the only cable not to be buried under the seabed and so was more susceptible to damage from anchors or marine debris. The first phase was completed in November 2013 , where a 930 metre horizontal directional drill was installed successfully from Thorness Bay on the Isle of Wight out into the seabed of the Solent. The second phase was completed this June, which saw the installation of a single length of bespoke cable between the coast of Hampshire and the Isle of Wight.

The final phase saw the connection of the new cable onto SEPD’s 132kV network at Thorness Bay on the Isle of Wight. To be able to connect the cable, the cable termination compound was refurbished, sea defences were reinstated over the new cable at the foreshore and new groynes were installed on the beach on the mainland to enhance the existing sea defences. Finally a thorough process of pre-commissioning testing were carried out on the new cable system before handing over the new circuit to the SEPD, ready for energisation.

Commenting on the overall project, Jonathon Humphries, on behalf of the joint venture, said: “I am proud to see this complex project being successfully and safely completed. By working together in joint venture with VBMS, we have been able to bring together best practice and to deliver this project on time and within budget.”

Now that the project is completed, all of the island’s electricity supplies will be provided by subsea cables. 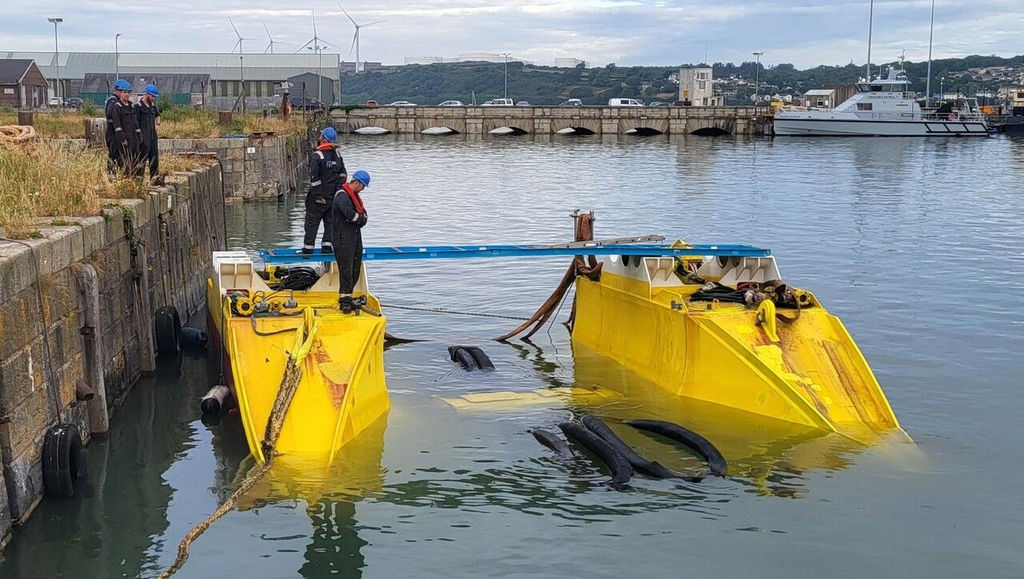