Vestdavit and H. Henriksen recently carried out sea trials and provided proof of concept for SOLUSV – a new launch and recovery system for unmanned surface vehicles.

The tests took place on board a Vestland Offshore vessel, whose existing boat and davit system were modified to accommodate SOLUSV equipment before the team oversaw repeated launch and recovery cycles.

“We were very pleased that the testing proved that SOLUSV is an excellent method for the Launch and Recover of USVs following a period of intense development,” said Kristian Moss, technical supervisor at Vestdavit. “Not only did the equipment prove to be very user-friendly and perform flawlessly, but it was also extremely simple to install on the vessel’s existing infrastructure, taking very little time at all.”

The video shows the full equipment arrangement in action.

The vessel’s fast rescue craft stood in for the USV for the purposes of the test, equipped with a lightweight winch drum set up with dyneema rope and a telescopic pole.

“The teams have pioneered an effective method for USV launch and recovery that can be achieved cost-effectively using existing equipment.“

The dyneema rope is eight times lighter than an equivalent steel wire, keeping the total system weight to an absolute minimum. The vessel’s davit system also went through modification to take the dyneema rope.

Following the launch of the USV, accomplished by the usual method involving a boat-mounted safety offload hook, the operator on board the vessel has complete control over the recovery. The USV returns to its station alongside the vessel, at which point the operator activates the telescopic pole extending the dyneema rope to deck level, allowing the operator to catch the rope. The soft links of the rope then fed into the painter system and the davit respectively, recovering the USV. 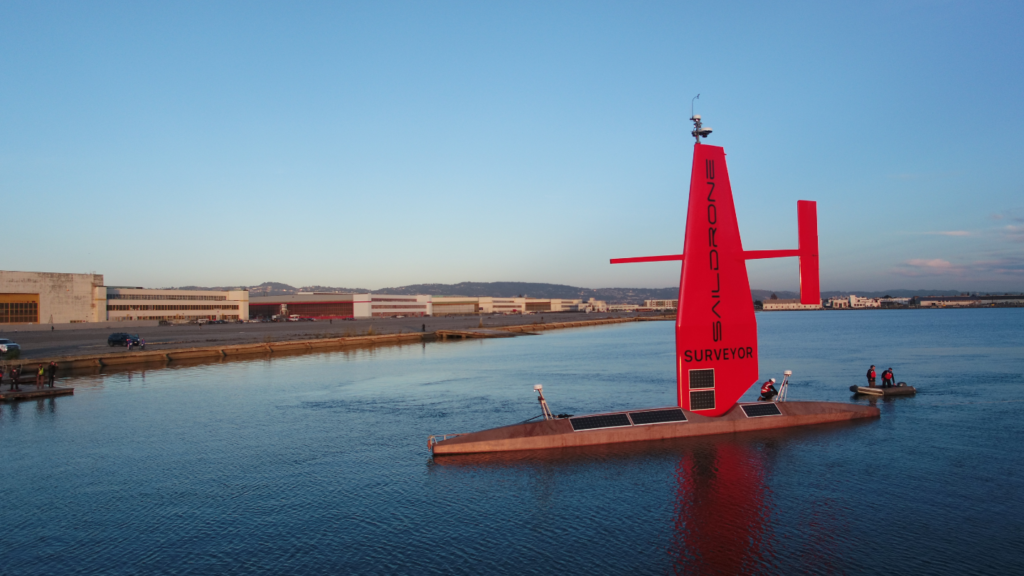