An investigation into the cause of the car carrier Hoegh Osaka’s listing has been launched by the UK’s Marine Accident Incident Branch (MAIB).

The car carrier was grounded deliberately in the Solent on Saturday evening, January 3rd having suffered a heavy list after leaving Southampton Port.

The vessel remains stable and is not taking in water according to the last night’s report from the UK Maritime and Coast Guard Agency and the salvage operation is underway.

Based on the last night’s update, the vessel had a 52 degree list.  Hoegh Autoliners, the owners of the vessel Hoegh Osaka, have appointed Svitzer as the salvage company for the vessel.

“All crew plus one pilot, in total 25 people were evacuated from the vessel and all are safe and accounted for. Two crew members were taken to the hospital with minor injuries,”Ingar Skiaker, CEO of Höegh Autoliners said on Sunday 4 January 2015.

As explained by  Skiaker, at this stage it is too early to speculate on the cause of the list.

“Right now we have serious work ahead of us in order to free the vessel from the Bramble Bank without disrupting the flow of traffic in and out of the Port of Southampton. Our chief concern now is to ensure there is no environmental damage from this incident,” he added.

There is no oil spill reported and the UK authorities have brought their spill response to a state of active readiness.

The salvors Svitzer are working alongside Hugh Shaw, the Secretary of State’s Representative in Maritime Salvage and Intervention, as well as the Port of Southampton, to prepare for a safe salvage of the vessel. 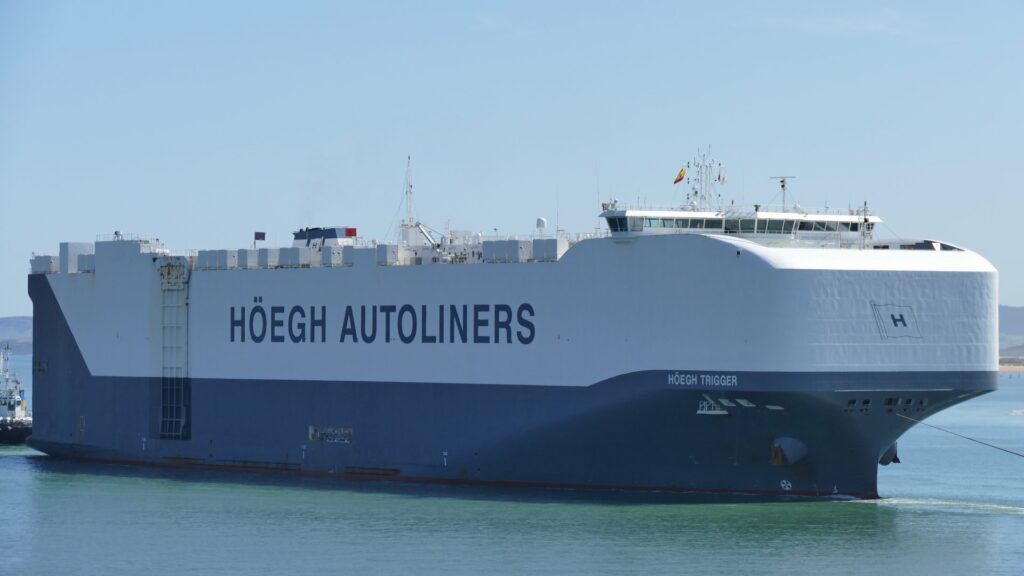