Measuring 112 feet by 35 feet by 17 feet, the 4,000hp tug is classed by ABS as A1 Towing Vessel, Dual Mode, and is equipped with an Intercon Coupler System.

Construction of the vessel began in March 2013, and the keel was laid in May 2013 at VT Halter Marine’s Moss Point Marine facility in Escatawpa, Miss. Upon delivery, the ATB Tug will be paired with Barge B.No.284 and enter into Bouchard’s fleet service in New York, N.Y.

“VT Halter Marine is proud to share the launch of the ocean-going ATB Tug ‘Denise A. Bouchard’ with our long-standing customer, the Bouchard Family. We look forward to a continued, strong partnership for many years to come” said Bill SKINNER, Chief Executive Officer, VT Halter Marine. 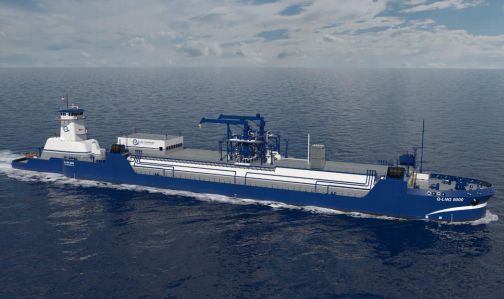